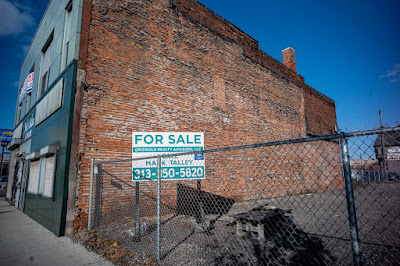 I hate to get too relaxed.  As soon as I do, someone sucker punches me.  Boom!  All the joy and relaxation gone.  There is something in the world that does not love my happiness.

The world is closing in.

I keep getting into arguments over identity politics.  I should keep my mouth shut because it doesn't really matter what I say.  It is like trying to stop an ocean tide or a lava flow.  I'm always wrong because I don't believe in Truth.  That is where the whole mess begins.  The truth is what people think and feel about their experiences in life.  And I give in to that.  If a person tells me her life has been miserable because of patriarchy and toxic masculinity, I won't argue.  But when a person begins to opine or theorize about the lives of others, many others that they have never known, the door is opened for debate because we just entered the world of supposition and opinion.  Of course there are popular cultural theories that have been canonized, but that is what they are.  Canons have been displaced before.

Again, it gets me nowhere to disagree.

Every picture tells a story, don't it?  Or two, or ten, or more.  Is this one a story of despair or hope?  False dichotomy, right?

I bid on a camera and lenses and backs and viewfinders yesterday. .  . and lost.  Good.  I've lost my freakin' mind.  I am trying to break the bank just before retirement.

The identity politics argument was not THE sucker punch, by the way.

Went to a nursery yesterday.  Bought more plants.  Planting is on the agenda today.