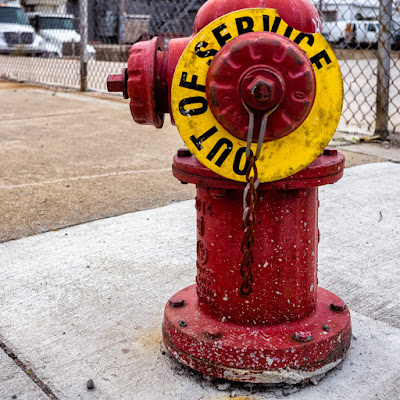 Yesterday was my mother's birthday,  a Friday the 13th full moon.  They call it The Cold Moon, but it was anything but that here.  The day was gray and gloomy and warm.  I took flowers and a card and balloons to my mother in the morning, then I went to work.  There was no one but my secretary and me in the building.  I got there in time for lunch, then we did a little work and I let her go.  Alone, I worked on emptying my office a little more.  There is nothing to do with things but give them away or toss them.  There is no middle ground.  It reminds you that when you are gone, there is nothing left but a couple memories.  Once in a while someone will say, "Yea, I remember him," but only for a short while.  We are temporary beings in a temporal world.

I left the office early, not long after my secretary, and drove home in the miserable gray rain.  Ili and I decided to pick up a couple of hippie pizzas to go along with the cake and wine we were taking over. It was going to be a real healthy feast that night.  My mother loved the hippie pizza, farm to table, whole wheat crust, etc.  And the wine.  And the cake.  And then, finally, the new Apple laptop I bought her.  I was worried about setting it up for her because she loses all her passwords, but we managed (after several too many tries) to get her email and Facebook set up.  I got my Netflix account set up on it, too.  She's never used a trackpad before, so that was a big challenge, but she may get the hang of it.

Later, we all watched "Elf."

This morning, my mother wrote me an email from the laptop.  Yay!

I think we managed the last full moon of the year well on the 13th of Friday.

Now there's the sort of tale you all have been missing.  I mean to warm the cockles of your cold temporal hearts.

While I've been away, things have moved along swimmingly.  Boris Johnson won the British election.  Caitlin Jenner's trans girlfriend has become famous.  The Ru Paul generation celebrates her getting the cover of "Vanity Fair."  And that fellow who smacked that young woman reporter's ass in the Atlanta race has been found and arrested.

I might be leaving out a thing or two.

I am still racing toward irrelevance at the beginning of next year.  I grow fatter and lazier by the day.  All I really like to do is sleep.  Anything else seems to get me in trouble.  Right now, however, I have to take someone a bottle of champagne.

Oh, yea.  And the butterfly garden is well populated this winter.  We just had our first hatch this morning.  We are the new Mexico. 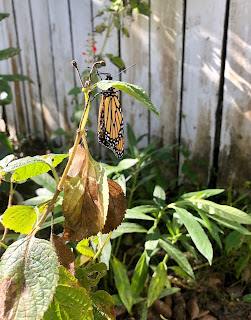