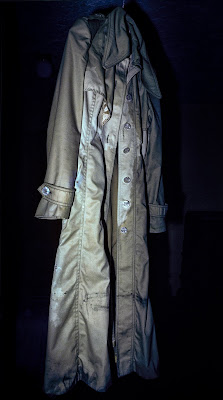 It's official.  I'm starting the new decade alone.  I don't want to talk about it more than that, at least for now.

Well, I will not be alone.  I am going to spend New Year's Eve with my mother and help her ring in the new year and the 90th decade she has lived in.  We will sip champagne and do whatever people do.  Hopefully, I will not be up at midnight, but who knows.  I might get morbidly fascinated by some t.v. spectacle.

Alone in the house for the past week with nothing to do but mope, I've begun cleaning out my "files."  I've thrown away boxes full of old photographs, stuff I got back from the photo labs long ago.  I never went through and edited the pictures, just put them all in boxes.  When I looked through, I didn't even know what some things were.  And of course, in a roll of thirty-six pictures, most of them will be shit.  I had pictures of buildings and beaches from around the world in that vague resolution of a drugstore print.  Really, those prints were awful.  I threw away far more than I kept.  Burned them, actually, in a big fire in the fire pit.  It was weird at times to watch my face melt into flames.

I have been trying to manage my digital files, transferring folders to bigger hard drives, backing things up, deleting things that are too redundant.  I realize in a few years none of it will make sense to anybody.  To wit--I will come out of "the bat cave" somewhat in the coming month.  I will scan and tell a story about the pic.  I will not try to go in chronological order, but I will start at the wayback 'cause those faded pics are just so damned interesting to look at.  I will try to write well and make myself interesting.  Wouldn't that be something?  I mean, who wants to look at somebody else's childhood pics?  It will be a challenge, one that I may not have the talent nor stamina for.  We'll see.

Today's pic is from 1978 again.  It is the trench coat of a girl I met the first time I went to grad school.  I will show you some pics of her, too, maybe, but she is "out there" somewhere, and I wouldn't want to tell a story identifying her if it would displease her.

I must go now and buy fixings for tonight's spaghetti dinner.  I am cooking at ma's house.  It has turned cool.  I will be drinking and probably spend the night rather than chance driving home through streets full of popos.