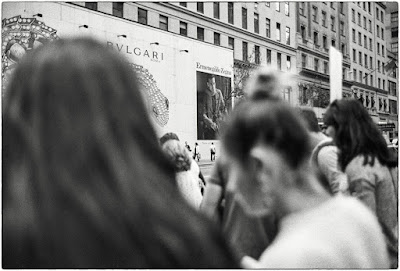 I don't want to reflect on the passing decade.  I made some good pictures, but they seem for the previous decade--if not for the century before.  This decade has been punctuated by Trump and "the woke."  It is hard to remember that Obama was president for most of it.  So many things are difficult to remember now.  Laughing, compassion, subtlety. After the Fukushima tsunami and nuclear disaster of 2011, things just got weirder.

Or maybe it was my fault.

Jesus. . . I'm being gloomy again.  The weather has not improved.

What will we do with the past?  Judge and revise it, sure.  Maybe reorganize and replace it?  Discredit and desecrate it?

I'm in the process of going through my own archives now.  What a mess.  Thousands of pages of scribbles, notes, and letters.  Terabytes of pictures and writing.  I thought in the end it might all mean something.

About that, I might have been wrong.
Posted by cafe selavy at 7:43 AM