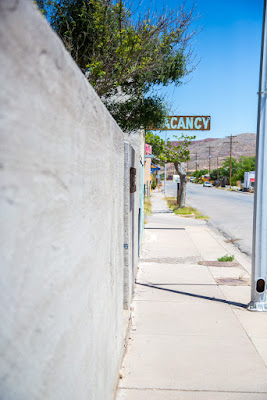 I'm all kinds of hungover this morning.  After I got home last night, I fell asleep in my chair with a glass of red wine in my hand.  You know how that turned out.  Shirt, pants, and chair.  Red wine for fuck's sake.  Why?  I know better than that.

I guess I was drunk when I got home.  I don't get drunk, so it is a little surprising.  But the afternoon went into the night, and the whole thing was super emotional.

The "thing" was my "surprise" retirement party.  I did not want it.  I said I wouldn't go.  They planned it, anyway.  It would be another disappointment, I said, another paltry affair.  But it was not for me, I kept being told.  It was for those who wanted to do it.

They knew I didn't want stale cookies and punch, so they held the event at a local bar.  When I got there, they had plastered the walls with pictures of me from my forty-four year career.  There were more scattered about on every table.  People I used to work with who had retired were there.  My former secretary brought her daughter and her family.  Other people brought their children who were no longer small.  The crowd was large and I had to pass through them trying to express what I felt.  It was all very difficult for me for a variety of reasons that I am too hung over to explain.

After awhile, my boss got up to read a tribute he had written, but he was moved to tears many, many times.  Then my secretary began to wail, and then the general waterworks began.  And, of course, I broke down, too.

Afterwards, when I thought everyone had done their duty and would leave. . . they didn't.

I won't try to relate the truly moving words that people spoke to me in private.  I am trying to report without self-aggrandizing which is difficult enough for me in mundane tales, so imagine my self-restraint now.

There was more drinking, and the party went on for five hours.

I sit in a room littered with gifts and cards and letters this morning in a chair with a red wine stain.  My head hurts.  I am almost through the pot of coffee.

After two days, the feral cat has shown up.  WTF?

I have two more days at the factory.  They will be short and go quickly.  I need to write one final email to say farewell.  The task is daunting.

My life is falling apart in about a hundred ways right now, but what does one do?  Most of my inspiration these days comes from Samuel Beckett, if that tells you anything.

“Memories are killing. So you must not think of certain things, of those that are dear to you, or rather you must think of them, for if you don’t there is the danger of finding them, in your mind, little by little.”
“Try again. Fail again. Fail better.”

“Nothing is funnier than unhappiness.”