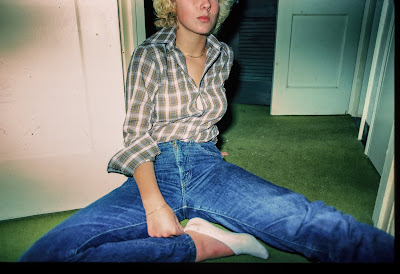 When I post this, it will be Valentine's Day.  I've always disliked the day.  When I was in elementary school, they had us make Valentine receptacles out of old shoe boxes.  We had to cover them in crepe paper and put pictures on them.  I was never very good at it.  Then we had to get Valentine cards and put them in our classmate's boxes.  It was always a terror for me as I was never sure how many I would get.  Poor Bebe Adams was semi-rxxxxxx (not a word you can say in this day and age), and she wouldn't get any.  Well, I always gave her one, but she never got many.  Everyone would get a bag of V-day cards from the Woolworth's store.  They were all the same.  There would be several really big ones and a bunch of regular sized ones.  You always had to think hard about who to give the big ones to.  Some boxes would be full (Susan Pleitchwaite's) and others not so much.  I hated the whole thing from start to finish.  I hated the little Valentine heart shaped candies, too.

I'm glad I don't have to go through any of that this year.  People may not understand that, but it is true.  I just can't stand it.

Q asked me today if I was an alcoholic yet.  Nope, I said.  I don't go to bars in the daytime. I figure that would be the hallmark.  Rather, I've been having wine with lunch after the gym and then not a drink until four or so.  But tonight, I had too much to drink between four and six.  I was sauced.  By seven I had eaten a delicious meal that I had cooked, and by seven-thirty, I was ready to head out the door.  I have been wanting to take night pictures.  Tonight, I thought, would be the time since I did nothing other than go to the gym all the live long day.  Maybe two things, or maybe three, but nothing really.  Sometime after dark, I put together a camera pack and headed out he door.

For the next two hours, I listened to a jazz program (link) and drove.  And stopped.  And shot.  It was very eerie, for I had driven far out of town.  Sometimes it was scary.  But it was fun, and I was full of energy.

I haven't looked at the pictures yet, and I don't want to tonight. Looking at them with an immediate memory would spoil them.  I want to wait and have some time to forget.  Maybe if I wait a week or two, they will look different.

But you may get one with this post if I decide to work on them tonight.

After I wrote that, I fell asleep.  I woke up an hour later, Rocky Road ice cream melted in a cup, neck crooked and kinked.  Maybe it is the couch that does it, but the room is too dark to stay awake.  And of course, there is the drinking.

Now it is the day itself, or an hour away from its dawning, anyway, and I have had a cup of coffee and have read the papers.  Today, I was happy to skip some of the stories in The NY Times, for I downgraded my subscription yesterday.  I had been paying FAR too much, and being a retiree who must watch his kopeks, I cancelled my subscription.  They didn't like that and gave me a better deal.  A really good one.  Now I don't feel guilty about not reading everything there.  And, of course, for the really good stories (link), I read CNN.

For all of you who want to understand Valentine's Day, I leave you with this from CNN.  It makes love perfectly clear. 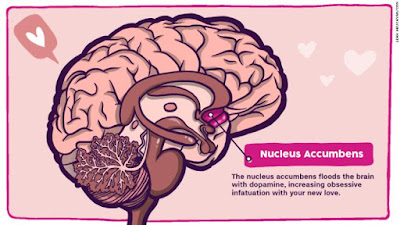 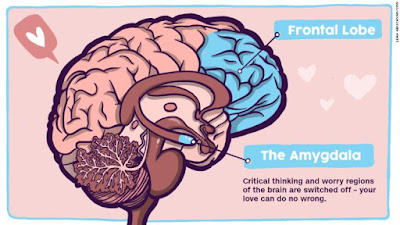 "The brain seals the deal by releasing oxytocin, often called "the love hormone." It's a neuropeptide produced in the hypothalamus and secreted by the pituitary gland during times of intimacy, like hugging, breastfeeding and orgasm.

So hugging, kissing and love-making are all things you can continue to do to keep your brain on love."

So why'd they leave out breast feeding?