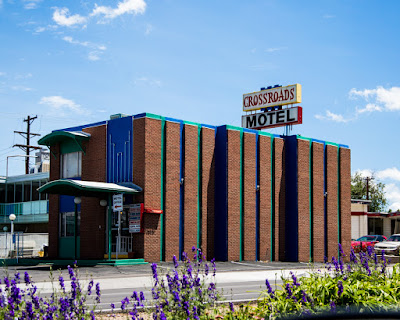 Q is pondering what I will do during my retirement.  Maybe I'll go here (link).  I think I'll try Reiki and some other cool things (link).

I was given a lot of presents last week, and I ate one of them last night.  I quit drinking earlier than I would have and had bottles of water waiting for the calm.  I shouldn't have eaten as much as I did, though.

There is much research on hallucinogens and depression right now.  Perhaps I'll try to get into a trial. I don't want to sit home eating acid by myself in this mental state.  I'm afraid I'd jump off the porch or something.  Actually, I'm pretty sure I'd be one of those who didn't come back right.

But the days now spread out before me, and I must do something with them.  There is plenty I need to do.  I just don't want to do it.  I'll take some days where I don't feel the need to do anything.  Maybe it will all work out.
Posted by cafe selavy at 8:38 AM