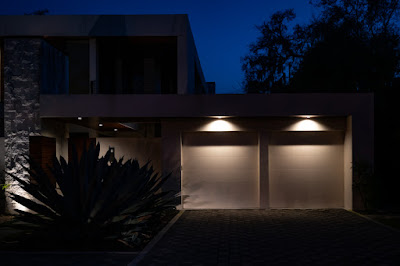 O.K.  That didn't work.  I am glum and something else.  I haven't done anything other than take a walk.   I organized some photo files and ate some lunch.  Very little lunch.  I called my mother and asked if she wanted to have dinner together tonight.  I will go there.  But something is wrong.  I may have caught something.  I have a weakness and a buzzing.  Obviously, I have nothing happy to report.

What can I do other than report?  I am sitting in the hipster coffee shop.  The fellow next to me sneezed three times.  I have not been served yet.  I am ready to leave.  I am part of the paranoid herd now.  I live in a tourist town.  Do you think the corona virus will show up here?  It's a safe bet.

I heard a secret today that should become official soon.  My trip to China has been cancelled.  I am relieved.  I will go to the Twins Festival in Ohio instead.  I will go to county fairs.  I will see the states.  It has been awhile.

I will have to have a great sea change to do anything, though.  I can sit in a chair and stare for hours.  I think.  I am sure of it.  Perhaps that is what I need to do.  It has been recommended.  I feel insubstantial, though, sitting in a chair when there is so much around me to be done.  I should be enjoying myself, but I feel no joy.  I am dull and depressed.  I am anxious.

I couldn't get served at the hipster coffee shop.  I sat for about ten minutes while two jerky boys leaned against the counter being cool with one another.  I made eye contact a couple times, but they were unmoved, so a little bit later, I left.  The media talks up how bright this new generation is, and I totally agree.  There is just something wrong with them.  It isn't intelligence.  They are smart.  It is management.  Everyone I know who deals with them, from employers to educators, has a fair amount of disdain for them.  I wish it were not so.  You know that I am a fan of youth, of the young, of their vitality and energy and inquisitiveness and humor.  But there is a privileged disdain that has been managed into them.  As a whole, I mean.  And yet we've offered them so little opportunity.  Unchallenged arrogance.  Still, I adore them.  I just wish I could get a cup of coffee from the little pricks.

And so, it is Leap Day.  I guess that is what we call it.  And much to my surprise, while doing a little internet digging, it is a day for women to propose to men.  Have you ever heard that?  I Googled "vintage leap year postcards" and found that they were all about the same thing. 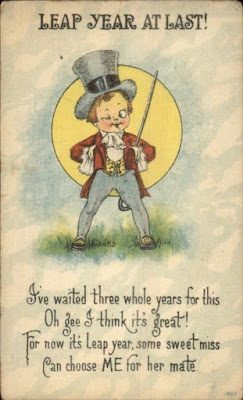 My horoscope wasn't bad today, either.  For all of us, though, Mercury is in retrograde, and you know what that means.

I began a long put-off task yesterday.  It is a pain in the ass, but it doesn't require me to do more than sit in a chair.  I'm organizing and condensing my photos, files, negatives, and prints.  I think I am going to have to get a storage unit to put them in.  I almost got killed once, and the thought of all this lying around for my mother or someone else to go through gives me the chills.  I'd rather put it in a storage unit and pay ahead a few years so that if I die, no one will know about their existence.  Then, one day, it will either be hauled to a dump or discovered by someone who likes the stuff.  It will take me months of work to get to the point of doing anything with it, but that's the plan.

If any of you want to buy a big print, let me know.  They look great.  Ask Q.  He has one that he has never framed.  At this point, I'll sell them cheap just to get rid of them.  When I had the studio, I used to run a print every day.  I had plenty of storage space then.  I probably have a thousand prints 24"x16" and larger.  Ridiculous.

But I've been a fool in many ways.  How much money have I spent on photo things?  I just shake my head now.

The morning is shaping up nicely.  I should do something, but if I don't, I won't feel bad because I can just sit and organize my files and be productive.  I have thousands of Polaroids, for instance, that have never been touched.  It is amazing just to go through and see them again.

I'll let you go now.  I know you have things to do.  I've become that irritating old guy at the post office who just keeps talking because he isn't as busy as you.  I think I'll walk up to the Farmer's Market.

If only I could take a camera.
Posted by cafe selavy at 8:16 AM