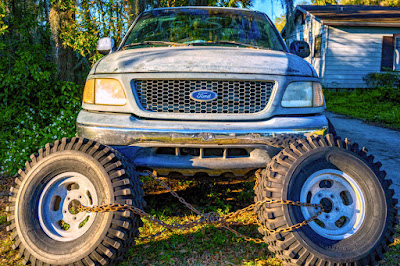 I am at the hipster coffee shop.  I ordered a cappuccino and they brought it to me in a paper cup.  I thought they wanted me to leave, then I noticed that everyone has a paper cup.  Ohhhh. . . . .

I am eating out too much all of the sudden.  I had lunch with my es-secretary today.  I'm having lunch with another ex-colleague tomorrow.  Friday night, I am having dinner with the birthday group from the factory.  I've gone from voluntary quarantine to virus seeker.  The fellow I am eating with tomorrow just got back from Australia and Thailand.  Great.  My tenant told me this afternoon that she has two relatives in Minnesota who have Corona.  One of them contracted it on the coast of my own home state.

There is something good coming out of this Corona scare, though.  People are thinking about the spreading of diseases.  For the first time, there are serious discussions about sick leave for people who don't get it--like restaurant workers.  You know they work whether they are sick or not.  They can't afford not to.  We are thinking about how diseases are spread in malls and schools and gyms.  People are actually washing their hands.  I have always been a believer that it was healthier NOT to wash your hands, that you built up immunities by contact, but now, old and frail and susceptible, I am all for it.  Now we just have to put people who refuse vaccines in concentration camps so that they can infect one another.  Those who survive should be used as breeders.

Oh, shit, there I go again.

There is a surf contest this weekend.  I think about going with a couple cameras.  Then I think about all the cancelled concerts and events and wonder, "Should I go?"

But of course I should.

I should probably enter and see how I do.

O.K. I've got to get out of here.  There is an asshole sitting next to me talking to a group of yuppies about gyms.  The girl in the business suit says she works out at a boxing gym.  The asshole, who I used to see at the gym years ago and with whom I have the feeling I have bad blood, is telling her that he used to have a Fight Club.  I've wanted to kick his ass for a long time, I think, and I don't believe him.  The woman with the vocal fry is telling them that she boxed for years but now she just "dabbles."  The conversation has shifted to Brazilian Ju-Jitsu.  They all have that metro lateral lisp they learned from the Kardashians or maybe from the Paris Hilton Training Tapes.

Woke up this morning to a new world.  NBA season cancelled.  NCAA tournament without fans.  Travel ban on Europe.  Tom Hanks.  When I talk to people, they are freaking.  The markets keep tanking.  I ask if anyone has seen an estimate of how many Americans do not have corona virus, but that is not how people are thinking.  Now I am starting to freak.  Should I cancel my dining out plans with friends?  Should I stock up on all the things others are stocking up on?  Should I avoid the gym?

We all know I'd probably have a bad time if I got Covid-19.  And my mother is in her mid-eighties.  I can't afford to spread it.

It seemed like I was just getting started again.

April, I've said.  Stay away from people until April. Then September through March.

My buddy who was going to walk through Europe for two months says he probably has a 50/50 chance of going now.

I think I might have been happy yesterday.  I can't remember.