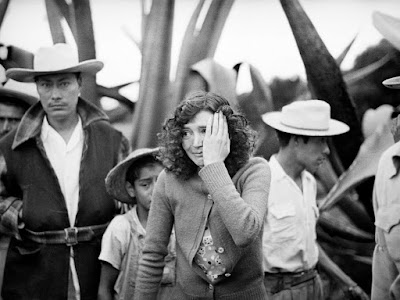 I spent the morning reading the news.  I read CNN's and the N.Y. Times' answers to "your questions about Coronavirus."  They really make little sense to me.  Here are some of my takeaways.

1.  You shouldn't wear a mask unless you are sick.  They only protect medical professionals.
2.  You may have the virus and show no symptoms.  You should only get tested if you show severe symptoms.
3.  It's o.k. to eat takeout food.  There is no evidence that the virus lives on food.  You should was ALL foods you bring home from the market.
4.  If you get sick, you should isolate for 14 days.  People who get the virus may be sick from up to six weeks to two months.

That's all I can remember right now.  No wonder people aren't following "the guidelines."

I began to feel worse last night.  Whatever I have (Covid-19) goes through me in waves.  I'll feel better for awhile, then I feel worse.  I start to get the fear when I feel worse.  They say the symptoms of Corona virus lasts longer than the regular flu, two weeks rather than one.

One of my old pals from the factory who retired years before I has been sending me death reports of people we used to work with.  Several have died in the last few weeks.  I get to sit here sick and alone and think about that.  She says she doesn't think about dying much.  When it happens, it happens.  I don't feel the same way.  The calculation isn't right.  It isn't here/not here that scares me.  It is the in between.  None of the people she told me about just dropped dead in the night.  There was a period when everything was shit.  Being gone isn't the hard part.  I don't want to spend days or weeks in the slaughter house.

Two cats just showed up at my door wanting food.  Funny cats.  They come to the door and wrestle for a minute.  I have to go feed them.

Done.  Every time I feed them, they run away like this time it is a trick and I will snatch them up and eat them.  They give me the old bug-eyes and take a fleeing pose.  Every time, I ask them why?  But nothing ever changes.

I was texting with C.C. yesterday and told him a story about a guy I used to know at the steroid gym in the early '80s who would have phone sex by opening the phone book and calling random numbers.  If a woman answered, he would start talking dirty to her.  Sometimes they would play along.  My story to him was much more graphic.  He suggested I write up a short story about it.  I have some interesting tales, but I started thinking about them.  They are all rather lurid.  I would be afraid to post one here in full detail.  I don't really tell stories about the psychological or emotional struggles of men and women caught in the throes of strained relationships, or of people struggling to find their personal identities.  The people I've known that are interesting to me have vivid identities, the sort of people one is not allowed to be any longer.  They put you in jail for that shit now unless you are a Jenner or Ru Paul. Otherwise, you go to Jeremy Pivins jail.

Plus, writing for real is a lot of work.  It's hard.  Really, really hard.  You kind of have to be a bit nuts.

I thought to call the story, if I wrote it, "Party Line."

It is Sunday.  It is difficult to keep track of the days now.  There is little difference between one and another.  Today will be much the same as the days before.  I will take a walk, shower, make lunch, do some sort of housework or paperwork, sit outside on the deck, have a drink around four, walk to the lake, come home and start prepping dinner, eat in front of the t.v., clean up, watch t.v. or read, then go to bed.  Huh.

I watched a crazy documentary on a Mexican photographer last night on Amazon called, "The Man Who Saw Too Much."  There are two documentaries by that name, one a BBC production about the oldest survivor of the Nazi death camps.  That is not the one.  The other is about Enrique Metinides who took photos of horrorible accidents and murders in Mexico.  That's the one.

As this has been, for the most part, a desultory post, I will leave you with a video that the stoned friend of the blog sent to me last night.  This should pick you up.  The Best Band in the World.  I love surf music, especially when it is played by women in miniskirts and knee boots.  They had me from the first note.