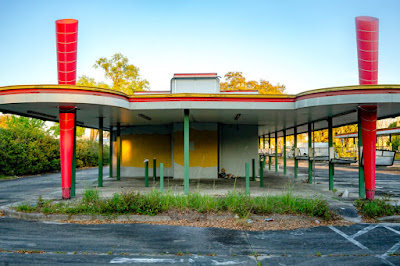 I have totally fucked a most beautiful day away.  I've done nothing other than make a weak attempt at the physical fitness salon.  I looked and felt like shit and there were some very fit and attractive women there in the most revealing workout outfits I have seen.  But I have not been going to this type of gym for many, many years.  All the boys have shoulders, and after the accident, I have none.  I used to.  I used to be broad of shoulder, as they once said, but now I have limited abilities and am unable to do the things I need to do to maintain a powerful physique.  I kept a very good attitude about this after the crash, but of recent, perhaps since the withdrawal of Ili, not so much.  I've not really had such a good attitude for a bit.

Maybe I was just disheartened after my plague of a trip last night.  Maybe it is the constant aloneness.  But I am beginning to drag.  Q sent me an article (link) on how Bill Murray beat the blues.  A friend from work sends me pictures of her trip across the midlands to see her father.  Lisa sends me photos from the museum she is attending just now, and C.C. sends me pictures of his son's trip through the Art Institute in Chicago.  And I relay messages in between.  It is all nice, but it is not having someone next to you in the car or on the couch telling you that you are smart or emotional or creative, not the hand on the arm nor the conciliatory glance.  It is not the naked photo of you wife in the shower that Q shared with us in his own defense merely to torment me.

Writing interrupted.  It is a good thing.  I was becoming even more maudlin and boring.  I am beginning to sound like Joe Biden on the campaign trail bringing everybody down with the tragedies of his life and his current woes.  Why, Joe, why?   His best campaign slogan now is, "Your black or brown, and I'm Joe Biden."  Buttigieg and Steyer have dropped out of the race leaving Sanders and the two women who got one of the most liberal members of the senate to resign.  Remember?  What was that senator's name?  Piscopo, wasn't it?

They were less effective with Trump.

Spring Break and corona virus are spreading across the land.  It won't effect college kids that much, just the usually symptoms, but they will do their job.  Corona only kills old white men.  That's a fact. Do your research.  It is the revenge of the Woke and the #MeToo movements.  We needn't worry about Biden and Sanders.  They'll never make it to November.  Trump will be safer as he will never need to shake hands with the public.  He can simply tweet.  I'm writing the script to pitch to Netflix right now.  I'm pretty sure they will buy it.
Posted by cafe selavy at 8:33 AM