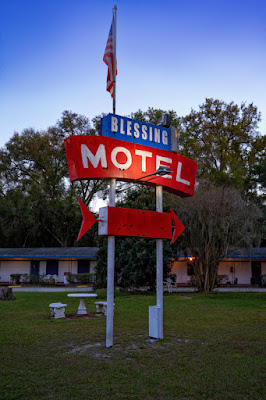 I went back to the hipster coffee shop yesterday.  I know I said I wouldn't, but I needed to get out of the house and out of my head, and it was too early to start drinking.  But here's the thing.  When I went in, I sat my bag down and went to the counter, and the barista already had my cappuccino waiting.

Jesus Christ, what a turn around.  I couldn't even get served last time I went.

I had to go to the attorney's office one last time to finish up the paperwork from the accident.  They have been not only wonderful attorneys, but wonderful people as well.  Ili brought them to me on the third day I was in the hospital.  Her father had worked with the head of the firm since she was a little girl and she had grown up knowing the family.  He is old now and a figurehead, but it is his moral vision that drives the firm.  He is from the "old south" with its genteel hierarchies and rigid manners.  He knows everyone "who matters," politicians, sports figures, religious leaders, etc.  He, however, didn't really work on my case.  The husband and wife who work with him and one other who I met with most, did the heavy lifting.  And there was a lot of lifting to do.

When I went in yesterday, I was given a CD with all the medical bills.  I was warned that if I opened it, I would be shocked.  "Be prepared to sit for awhile," I was told.

You see, I am the Million Dollar Man.  That's about what it took to keep me alive.  But the attorneys kept me from paying any of that.  I easily could have been in the kind of debt that people of my station never climb out from under.  I truly expected to be.  But I never questioned anything.  And yesterday, with a signature or two, the deal was over and done. I was finally finished with all of that.  Goodbye hugs and kisses and thank you's.  Their skills and my fortunes were no longer intertwined.

When I walked out of the office and into the sunlight, however, I was suddenly overwhelmed.  By what. . . I didn't know.  As I backed my car out of its space and pulled onto the street, my face began to convulse, my eyes to crinkle, my nose to swell, and suddenly and completely unexpectedly, I began to weep.  Not little sobs, but big, convulsive waves of grief.  Out of nowhere, I thought.  What the hell was going on?

Trauma is a weird thing.  Emotions catch you unaware and by surprise.

Back home, the tears began again, swollen nose, swollen lips, and I realized that what was bothering me was that this was the end of something that had defined much of who Ili and I were in the end.  She had come to take care of me.  Symbolically and realistically, there was no one taking care of me any more, not the attorneys, not Ili.  All that was over.  I was left with the residue, the results.  I saw myself now as a minor cripple on my own in a new reality, a new life.

Or so it seemed.

I am now on a fixed income.  It is strange to have a defined amount of money as I do.  When I have to spend it, it is gone and isn't coming back.  With each expenditure, both it and I are diminished.  This is new to me.  No job.  No girl.  Nowhere to go.  Nothing to do.

To many, this might sound ideal, and in some ways, that is probably true.  But that is not how it has felt yet.  I am still between, one foot on the dock, one on the ship departing.  I'll either make up my mind or it will be made up for me.  Back to the dock, onto the ship, or into the drink.  There are no other choices.

Hence. . . the coffee shop.  After which, at the stroke of four, I switched my poisons. I started light.  A Garibaldi.  For the nerves.

Somehow, today feels the start of something new.  Perhaps it is simply that I have found a yard crew who will come today.  My lawn has been neglected since before Christmas.  The grass hasn't grown, but the weeds have popped up and the property is littered with leaves.  By this afternoon, it will have all been beautified.

Maybe it is that, or maybe yesterday was a shove toward recognition.  Perhaps its time to step out into the Covid virus world.  Hell, a coffee could be waiting on me.
Posted by cafe selavy at 8:35 AM