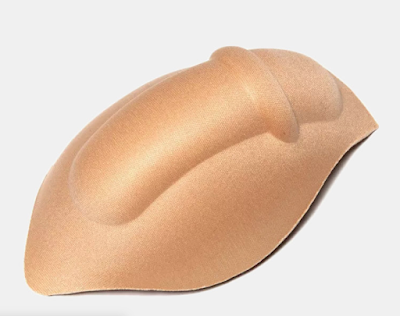 I look at the clock and think, "Six, maybe seven hours until bed."  That is a bad sign.  Then I think, "Three hours 'til "The Trump Show."  My friends are not watching it.  I do not understand why.  Last night was FANTASTIC!  Trump had a total meltdown.  He talked about how badly the fake news media treated him, then put up a table of how well he has done reacting to the Corona threat.  He's done a perfect job.  Nobody could have done a better job.  And yet the press say bad things about him.  Very bad things.  And what they say is lies.  Then he put up a montage of news clips to show how great a job he has actually done.  Oh. . . it was so perfectly pathetic you couldn't believe your eyes and ears if you weren't watching it live.  I swear to you, in all my days, I've never seen anything--ANYTHING--like it.  It was a page right out of the Nazi party playbook, only done so poorly Goebbels would have sent him to the showers.  It looked like a rush job by a freshman for his media literacy class, only a bit worse.

After the video, Trump came out and berated people some more.  Oh, I forgot, all this was after he had Anthony Fauci come out and explain that he didn't mean what he said on Meet the Press over the weekend.  He explained he used a poor choice of words and that President Trump had always listened to the medical experts.

So much for Fauci's rep.

In less than three hours, now, I will view the new episode of "Watching Trump's Head Explode."  And what is really fun is that his base, those over at FOX, are reveling in it.  Sure, they revel for the opposite reason I do, but they revel nonetheless.

I received another delivery of groceries today.  This time, I got some much needed supplies.  I even got some of the stuff I asked for.  I now have a good supply of coffee.  I have some REAL chips and not the hideous Whole Foods brand.  I have peanut butter filled pretzels and plenty of beer and wine.  There are three kinds of cookies, a big bag of M&Ms, and some Ben and Jerry's in the freezer.

But there are lots of things I forgot to get.  Selavy.

Wine with lunch makes me sleepy, but somehow I seem to miss the nap window.  It is too late for a nap now, too hot and muggy outside to sit comfortably and watch the world, and nowhere to go and flirt.  I have been tempted to ask one of the women walking by for a rub and tug, but they are usually with their boyfriends or husbands.  I'm kidding, of course, but this is a bit frustrating.  What is supposed to happen now is what has always happened in the past--somebody picks me up and takes me home.  Something like that.  People say I'm like a stray dog.  But nobody is coming to the door in this pandemic, and I am despondent over that.  I don't really need a rub and tug.  I can do that.  I need someone to smile sweetly and truly at me and tell me things I want to hear.

But fuck, so do most of my married friends, so I'm not alone there.  Q got to sniff the panties on Easter and was proud enough to tell us.  No complaint.  I would as well.  I was so happy for him, I sent him this (link).  Laugh if you will.  I've found them to be a real party favorite.

If you have been wondering what that hideous thing is at the beginning of the post, it is something you put in your bloomers to make you more attractive.  They have it pointing up in the picture, but I assume it is supposed to go the other way.  This stuff is made in China, so don't be in a hurry to receive your order.

God, I am still laughing myself silly over posting that picture.  I know what it has done to you and your reading experience.  I can't help it, though.  I've been talking to myself too long.  I can't quit laughing.

Jesus, somebody, knock on my door and give me love.
Posted by cafe selavy at 3:44 PM