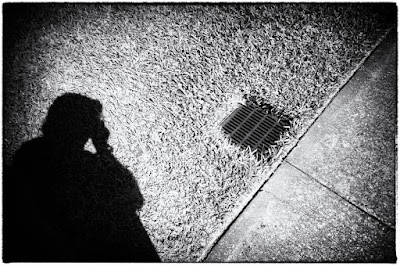 I had an interesting day.  I got up and drank coffee and read the dreaded news, per usual, then wrote, then read some blogs I go to, per usual.  Then I did my home workout and took a 3.4 mile walk.  But all the time, I was thinking.  I was thinking about dying, actually, and how unprepared I am for such an event.  Q calls and harangues me about my will, which I haven't, and my assets, of which I have but have not planned for distributing.  He warns me that it will all go to the state.  Ili complained of the same thing.  My mother has her accounts in order, or so she tells me.  Were I to live a long while, I think I would be fine.  But there is much shit to take care of in case I die tomorrow.  And so. . . .

What do you want your closest relative to have to deal with when you die?  What do you want them to know about you and the life you led?  That's the thing that leads old men and women to burn diaries and photographs before they go.

I have tens of tens of journals stacked upon a shelf dating from time en memoriam.  I don't even recall what is in them, but do I want them read?  If not, for what reason did I write them?  Am I ashamed of what I have revealed?

So after lunch and after my shower, I decided I must try to start putting things in order.  I have hundreds and hundreds of large prints, anything from 36"x27" to slightly smaller.  They lie under the bed in the office and the bed in the bedroom.  These are a small part of my prints.  But what if something happened to me?  Or to my mother?  What happens if she has to move into the spare bedroom?  She would want to put in a new bed.  I can't have all those huge photographs staring her in the face.

So that is where I started.  I pulled out case after case of pictures, pulled them from their archival envelopes, and began to burn them.  I burned over a hundred large and beautiful prints yesterday.  I watched them flame and their spirits rise to heaven.

Of some, perhaps.  Not really, but even my friends don't want the bolder of my work.  I don't know who would hang many of these prints in the present age.  And so. . . what to do with them?  I could pay money to put them in storage, but I am retired and watching my money now, so that is a considerable thing to weigh.  What good are they sitting under the bed?  As I say, my friends don't want them and Ili hated that I had taken them to an exponential degree (even though she had been to the studio and had seen them in the early stages of our relationship).  I have been, I am afraid to admit, made to feel as if they are somehow shameful.  Even Q won't hang them.  I can give them away, but even then they won't be shown.  And if any of this is partially true, and I have no one but my mother to take care of my affairs in the event of an early end. . . .

But god, they are lovely.  They are too big to see many of them at a time.  I would give a lot to see them all hanging on the walls of a large gallery or museum, just once, not for fame, just to see, just for me.

But they burn so very well and easily.  And as much as the fucking things cost me to produce, it is still cheaper to burn them than to store them somewhere.  It is almost a relief to see them go up in smoke.

Now the question is what to do with the fucking roomful of Polaroid prints and binders of film photos.  I don't think they will be as much fun to burn, if they would burn at all.  I have a feeling it would be more of a melting.

But wait.  I haven't even gotten to the garage where there are tubs full of big ass prints.  And a print file full as well.  I need to get more fuel.

What do I do with the hard drives full of images?  Megaterabytes of them?  Do I just wipe the drives, just hit the button and have them gone?

It is a question.

After I have dealt with these issues, I can start figuring out my accounts.  And when I have that all arranged. . . well, I can relax and see what happens.  But I need to do it all very quickly.  It doesn't feel as if I have that much time.

I think I've started too late, really.  The fire seems the thing.

I must admit it--women have been my ruin, if ruined I am.  Now, I think, I want to destroy what remains.

That seems to be an amalgam of theft from Roth, Mann, and Salter.

O.K.  I have to get back to the destruction.  There is so much to burn.  I never really realized how much.
Posted by cafe selavy at 8:49 AM