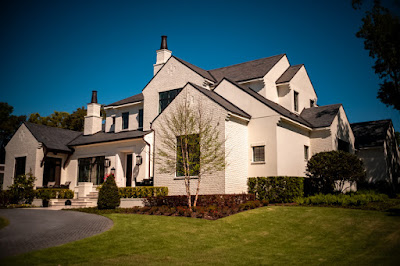 Stephen Shore, before he took photographs with a large format camera, drove around the country making photos with his 35mm camera.  It was 1972-73, a couple years before I went.  We see differently, he and I, but you have to trust your vision.  I wish I still had the photos I took on my 1975 Country-wide tour.  Selavy.

I ordered his book of those photographs, "American Surfaces."  It arrives tomorrow/today.  If you would like to see some of the book, you can click on the link (link).

Everybody is trying to ape his and Eggleston's photographic style right now, even me.  It is safer than trying to photograph people in this time of social media.  Everyone wants to be in charge of his or her own image. I think my suburban landscape pictures, though,  will be worth looking at someday in the not too distant future.  I've taken a bunch. To most of you, they don't look like much now, of course, because you walk or drive by these things every day, but you wait.  They look dull now, but the grandeur will come through in time.  I am capturing the abundance of suburban opulence on a low level, the doctors and lawyers who are building new houses and trying to live the sort of life you see in magazines.  There is an ethereal starkness in it.  You will see.  One day.

As with the "Lonesomeville" project, I have a million of them.

I took no large format glass plate photographs today.  I got up and read a bit and then went to my mother's early because my sprinkler guy was going to her house at 8:00, and I wanted to make sure it all went well.  I look after my mother.  But it sort of threw my day off, and after exercising and walking and showering and making lunch and drinking wine and talking to the tenant for awhile, I felt punky.  My energy was zapped.  I have days like that now when I just don't feel so well.  So I lay on the couch for a long while, not napping, exactly, but resting and thinking.

And then it was time to go back to my mother's.

Tomorrow, though.  I found a bunch of holders that will accommodate the glass plates.  I will load them up in the morning and head out at some point to make suburban/urban landscapes.  I'd rather shoot people, but that probably is not going to happen.  It is a lot of work, as I've said, to make these glass plate photos, but I will go out and see what I can accomplish.  Oh, god. . . I hope it will be worthwhile.

Morning.  The sun is up, the sky is blue, and the air is still dry.  It is the lack of humidity which is making our weather so wonderful and our plants so brown.  We want this weather to never end.  But it will, probably this weekend.  Once there is some water in the atmosphere, the heat and humidity will drive us inside.  I wonder if Corona likes humidity?

The cats are fed, the news is read, and still there's half a pot of coffee.  I will take a cup outside and stroll the estate looking for troubled spots and beauty.  Time has changed.  It doesn't flow in the same way as it did a few months ago.  It comes in big chunks rather than in tiny fractions.  If I don't move, the day will just be gone.