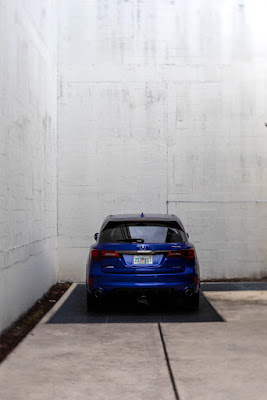 First off, let me say I'm not feeling well, so excuse my lack of verve.  I am neither receptive nor responsive right now.  Don't take it personally.

Now. . . someone is finally looking at Ronan (link).  I told you this would happen, but that was an easy prophecy.  You don't get to call people out without being called out any more.  You don't get to question without being questioned.  And you don't get to write something without getting scrutinized.  If you are going to call people out for misbehaving, you'd better be squeaky clean, and you better not have made any enemies.  Enemies are bad things to have.  Enemies will not hurt you one but every time they get a chance.  If you want to make enemies, you had better be ready to kill them.  People are vigilantes now.  Stoping bad behavior is no longer enough.  Now we need to crucify.  Ask Al Franken.

So. . . if there is anything in Ronan's closet, oh, boy, people will be digging.

That's right, Mike Pompeo.  They are coming after you.

Now, in the previous paragraph, I changed "enemy" to "enemies" because I followed with the plural pronoun "they."  That is acceptable now.  Legally.  But I am stuck with a lifetime of grammar Nazis looking at my writing, so I made the change.

I've been getting a lot of information on identity politics and how it is playing outside my house where I have been holed up for months.  I don't participate in social media, so I am not in "the mix."  I don't want to be.  The mix seems to be opinions and emotions, two things which, if history is to be any guide, are best kept to yourself unless you are a blogger or a member of the fake news.  But they are certainly not what "other" people should express.

Here is an example a friend sent to me the other day, part of a long and tortured chain of reactions and responses to something about cis (boom-bah) males.

Even my digital neighborhood newsletter has been politicized.  If someone makes a post about people not wearing masks or having parties down the street, it sets off a shit storm of comments that seem to go, "Yea, but. . . . "  By the time the ideologues get involved, the conversation gets too nasty for me to read.  As the old saying goes, "Give an asshole a microphone. . . ."  Everybody has the mic now.  It was given them by social media.  It is like passing the mic around at the Super Bowl and giving everyone a chance to speak.  The NFL built the audience, but suddenly, you have it.

If you want to opine, perhaps you should start a blog.  Your platform will be big or small based on its own demerits.  Glomming on to the bigger thing (like Facebook or Twitter) seems like cheating.  But of course, that's how those mediums make money, so they are happy to have you there.

This blog is not monetized.  I get no reward.  The opinions I express here do not reflect in any way the opinions of Google.  They don't even represent mine for more than a few minutes.  I don't feel the need to be consistent, having learned from Emerson that such a thing is a hobgoblin of little minds.

I think I was going to speak of something else today, but I can't remember now.  Oh, I watched "Bombshell" last night.  I liked it.  All the women were sexy.  All the men were dicks.  I guess they were trying to reflect the situation, but it seemed to me that the movie had to contradict its moral.  I don't know how they could have done it any other way.  Did Megyn Kelly really have sex with Roger Ailes or was that just fiction for the movie?  God. . . I hope they made that up.
Posted by cafe selavy at 8:22 AM