Dancing Through the Apocalypse 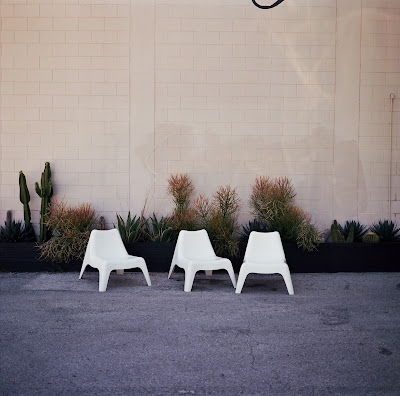 Man, I think I have fallen in love with the Rollieflex.  The photos I got back from the lab are fantastic.  This is a lab scan with nothing done to it in Lightroom or Photoshop.  Just the straight scan.  Out of the four rolls I shot, I like almost half the images in some way.  That is a good yield for me.  The camera is super light, and shooting from the waist is a nice change.  More of this to come.

I stayed up later than I like last night.  I was drinking and sending music videos from the early 60's, pre-everything.  Before the revolution.  The end of the post-war era.  Through the Go-Go years.  Jesus, I was drunk.  I can feel it this late morning.

I'm going back on the wagon.

Speaking of Go-Go, I think it must have started with this song the day before.


My first year in college, I moved into an apartment on the outskirts of town.  I had to drive by one of the big topless bars in town coming home from school.  One day, since they had dropped the drinking age, I stopped in.  I'd only been in one bar in my life, so slinking into this black hole was disorienting, but in a few moments, once I could begin to see in the near darkness, I was simply bewildered.  It was afternoon, not evening, so the bar was fairly empty but for a few hard core cases.  In memory, this was the only song that played.


Somehow, last night it led me to this.


It went on all night long.

But that is how I learned to dance.  Those are my moves, especially Laura Petri's.

Trump is losing until Placeholder Joe makes his VP choice.  The Times released a poll that indicates that most voters, including three-fourths of black voters, don't think race should be a factor in his choice.  Sorry, but the narrative has already begun.  First he makes a choice, then his double digit lead shrinks so he starts campaigning and the lead shrinks further.  If they find an effective treatment for Covid, Trump will benefit.  As C.C. says, Biden isn't winning, Trump is losing.

Vegas had Trump winning the election until recently.  I checked yesterday, and now Vegas odds are on Biden.  That's a better indication than the polls, I think.  People will say anything, but when it comes to money, they are serious for sure.

The earth is burning up here in my home state.  Predicted temperatures of 98 all week.  Now the wildfires begin, and the Saharan dust storm has arrived.  Air conditioners can't keep up with the heat. The sun will knock you off your feet.  People are getting cranky.  We'll alternate between this and hurricanes until the end of October.  I'm keeping the rooms dark and the fans blowing.  I don't know if I can actually quit drinking.  Liquor seems imperative.  These days are the stuff of William Faulkner/Tennessee Williams literature.  Mayhem and madness, murders and rapes and lynchings.  The south is the way it is for a reason.  Things didn't just happen on their own.  Mean southern boys full of bourbon, old men clinging to power. The Uber-sensuality of  Eula Varner (if you don't know, look her up), and the sensual determination of Maggie Pollit.  Nothing good can happen here this time of year.

Unless you know how to dance.