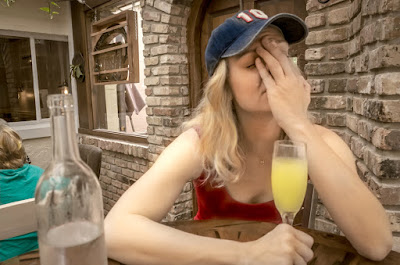 I broke my Covid isolation yesterday and went to the beach.  I almost didn't.  It was hard to leave the house.  I have Stockholm syndrome, I guess, or the lockdown version of it.  After being home for so long, the world "out there" seemed more than a little scary.  I kept putting it off.  I couldn't remember how to get ready for a day away.  What did I need?  What should I take?  What if the car broke down?  Finally, later than I intended, I trembled my way to the car and hit the highway.  It felt like floating.

I just wrote the most jejune, hackneyed description of the day one could possibly write.  It betrayed the grandeur of the day.  Sun, blue salt water, waves and sand, brilliant light, me knocking around the surf unable to swim since the accident afraid to drown, then unbelievably swimming.  A flood of memories of surfing and sailing and island hopping and scuba diving, of watching Jacques Cousteau with my father, first trips to Florida as a child. . . .

It was therapy, physical and mental.  The things I've been thinking, the things I'd rather think.

I stopped at the French bakery on the way home.  Turkey and provolone on a fresh baguette, a cream eclair, two bags of coconut macaroons, one for me and one for my mom.

It's been six months of silence.  That's enough.  Something has to change.  Yesterday might have been a beginning.  But you never know.  There was an old t.v. show called "The Prisoner" that I watched when I was a kid (link).    Every time the prisoner thought he would escape, a giant bubble would come and bring him back.  I know, it sounds stupid, but you should watch it and see.  I think I might escape, but I'm watching for that giant bubble.
Posted by cafe selavy at 8:35 AM