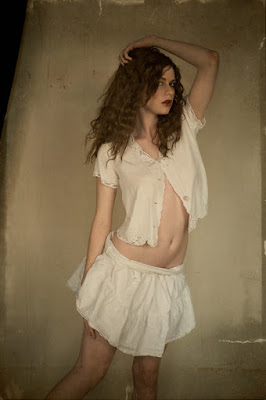 I thought the younger generation was supposed to be Woke.  Rather, they are spreading coronavirus faster than a republican can . . . oh, I don't know.  Fill in the blank.  Obviously, however, young people are not socially concerned nor aware.  They need to be renamed "The Covid Generation."  As long as THEY are not going to die from it, fuck everybody else.  That's o.k.  Just don't try claiming the higher ground.

As a generation, I mean.

We try to make certain people representative.  But they are not.  Boomers were not hippies.  Gen Y were not Hipsters.  And today's kids ARE NOT WOKE.  They waive the banner and love to go after people, sure.  But when it comes to real responsibility, well that's something else.

Marching is fine.  It is fun.  I've done a lot of it.  It's colorful, it's outside, and sometimes there is music.  You get to shout at people and of course it is against the police.  Always was.  Against the military, too.  And war.  For minorities.  Against the bad people, for the good ones.  Full of easy phrases and slogans.  Keeps things simple.

And later, there is all that righteous snuggling.

I'm for it.  But if you think these kids are something better than what came before, go to a college bar tonight.  They just took away the liquor license for one in my own hometown.  Surprisingly, they were not following the rules and 50% of its patrons got Covid-19.

Of course, none of them got sick.  So what's the problem?

Who gives a shit about this (link)?  Old people suck.  Look what they have done.  This is their punishment.  This is what they get.

O.K.  I'll quit it.  I'm not blaming the kids.  I'm blaming CNN and others who want me to think there is something radically good about the new generation.  Funny thing is, those kids are not watching.  But their parents are, the ones who have been telling us how special their offspring are, the ones who have been trying to rationalize their own hideous personalities by filtering them through their children.

Ask any teacher or professor about this.

But they are not Woke.

My travel/art buddy had a birthday yesterday.  I am a bad fellow to have as a friend if birthdays are your thing.  I don't know anyone's birthday but mine and my mother's, and I wish I didn't know mine. But when I found out last night that he was becoming a man of a certain age, I grabbed a bottle of wine and a print and headed over to present them.  He offered me a socially distanced drink and we sat outside among the mosquitoes and chatted for awhile.  He was going to Europe for a pilgrimage in the spring.  Cancelled.  He was to go on an upcoming trip to Tanzania this fall.  Cancelled.  He decided to go on his pilgrimage in September.  Might be cancelled if the EU bans Americans.

My mother conceded yesterday that this is beginning to get to her.  "I think I am getting depressed," she said.  I might get her a dog.  "But what would I do with it when this is over?" she asked.

It will be over 96 degrees here every day this week.  The unobstructed sun will buckle your knees.  I told my mother we would get a kiddy pool to sit in.  It works.  I've done it before.  Sitting under a sprinkler works, too.  I've gotten hypothermia on the hottest days playing on a slip and slide and sitting in a kiddie pool.  I don't care what the neighbors think.  We'll do it in my mother's front yard.  I'll photograph it.  It will really be something.
Posted by cafe selavy at 9:03 AM