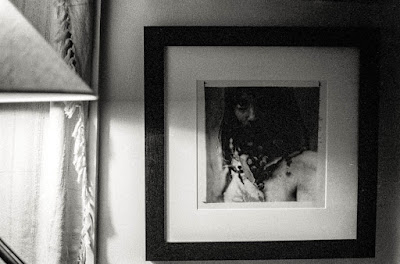 I was feeling really good during my exercise run yesterday.  I was on my last lap of the half mile trail.  It is difficult for me since the accident, but the loop is made up of four exercise stops which means I don't need to run straight mileage.  It is a great workout that my climbing buddy and I worked out some thirty years ago.  Oh, we were real athletes then.  He still is, I think.  Now I go and do the old man shuffle from stop to stop just to get the old heart racing.

Each time I go out, now, I tell myself that I will do more than I did the time before.  And I had.  Then, on the final go 'round, I told myself that if I could do twenty pushups, I was a hero.  And I did.  No problem.  And this is great for a guy who has a difficult time raising his hand to the back of his head. So I began the final part of the last leg, a happy hero who felt less flabby and jiggly than he has for awhile.  I headed for the final slight decline, and perhaps I was so happy that I picked up my pace a bit, but nothing really, when--POP!--the old hammy went.  I have torn this hamstring before, and I knew immediately not to take another step.  I hopped to a stop on my right leg.

Shit, shit, shit, motherfucker.  I had jinxed myself.

But that wasn't it, really.  I mean maybe, but I have not been doing my stretching exercises since coronavirus ended my visits to the gym.  I don't like working out at home.  Home is for other things.  The gym is for exercise.  The result has been that I have become tighter than a drum.  I keep telling my mother I need to stretch.  She keeps telling me to stretch.  Flexibility is the first thing to go.  And I have lost it.  The old hamstrings are just about as short as they can be.

So I limped my way around the exercise loop and came home.  To ice, of course, but I am not good at icing.  I am bad at it.  I hate it.  Instead I took a hot shower and ate some ibuprofen.  And limped.

And so my hero's journey to a svelte, road-like body is stalled.  Once again.

Rather, I watched "Queen in Paradis," a documentary about Reine Paradis, an artist photographer.  It sustained me and informed me as to why I am not making any good work right now.  When I had the studio, I was fairly obsessed and had nothing but that and the working life.  All Paradis has is the life of an artist.  And she is obsessed.  Like anything, success comes through effort.  Lots of it.  I have not truly been working.  And so.

My dreams last night were neither of a sensual nor an artistic life.  For some reason, I dreamed of setting up a successful trading business in an impoverished Moslem culture.  I spent the night trying to figure it out.  I'm not sure where that came from, but at least I wasn't having nightmares.

I need to figure out how to watch only BBC shows.  I have given myself over to them for the news.  It is informative and still calming.  I love their demeanor and hope they never lose that royal touch, though I know they must.  British kids want the same cultural expressions as their peers across the globe.  Tats and hip-hop/gangsta rap, not the subtle, gentle expressions of a high-toned, bygone era.  But it seems quite enviable.  Yes, more BBC for me.

There was a red sky this morning.  I hope it means rain.  When it doesn't rain here now, the heat is unbearable.  The sun is literally strong enough to buckle your knees and knock you down.  At five-thirty yesterday when I was visiting my mother, it was 93 but with the humidity it felt like 100. That's what the weather channel said, anyway.  Roll on some clouds. Provide us respite.

I just realized that the photo above is years old.  I just had the film processed last week, so it has been sitting in an unused camera for a very long time.  How do I know it is that old?  The picture is one of two hanging one above the other, and now the order is reversed.  Also, that is before we put up the new heavy curtains.  And that lamp is no longer there.  Funny to see that now.  Just a reminder of the way things used to be.

And that, in part, is why we make photographs in the first place.
Posted by cafe selavy at 7:40 AM