Stupid Can Only Take You So Far 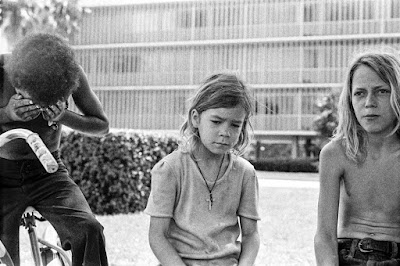 The Trump Show isn't funny any longer.  His actions last night went beyond stupid.  Hillary lost the election, but she may have been right.  Trump is a Deplorable.  There is no excuse for his actions yesterday.  He proved himself a jackbooted thug.  Only last night did I notice his wave is a Nazi salute.  There can be no more kidding here about the president.  Stupid can only take you so far.

The kids in this picture would be in their fifties now.  I wonder what they think of things?  I wonder about their attitudes. 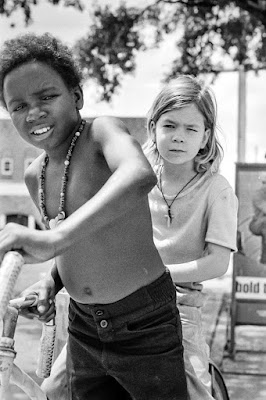 There are many places to pin the blame.  There is plenty of blame to go around.  Hate and greed are not the purview of one economic group or ethnicity or educational class.  Tribalism abounds.  I send cartoons to friends I think will find them amusing but who are smart enough to see through the polar quality of the thing.  I'm afraid, however, that many people see those binary oppositions as reality.  They see things as black and white.  You are one thing or another. 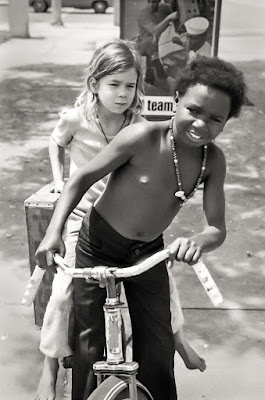 But that is a cartoon version of reality.  It is a simplification.  The simpler the model, the less reliable it is.  Too many people, I believe, are living by simple models.  Complex thinking is not the realm of the deplorable.  It is easier to think of things as black or white. 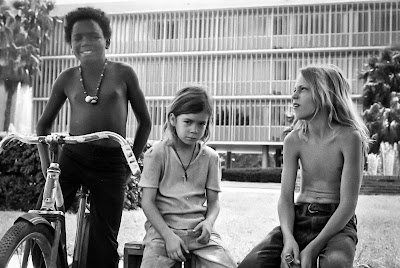 I am not sure how much more I can take.  I have been depressed. I wake in the night with terrible thoughts.  I am isolated and alone and becoming paranoid.  I am drinking too much.  I must make a change.

The first thing will be my routine.  I won't announce the changes here for fear of failure.  But I have a plan.  Last night when I woke at three, I was unable to fall back to sleep.  Too much was weighing on me.  The world, of course, but I have my own problems to contend with as well.  Life, after all, is sometimes personal.  And so, silently, I began to chant.  I won't share the chant for it was idiotic, but it was positive and it kept me calm.  And I knew that I would need to change the way my brain has been working lately.  I would need to break some patterns of behavior and restructure what I do and when.  It will be difficult, but if I don't, I fear the consequences.