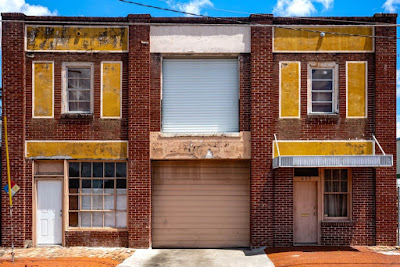 I don't get out early enough to take advantage of the weather.  Maybe I need to start reading the news and writing my blog post at night.  Change can be stimulating.  Mornings could be a cup of coffee and me hitting the road.

I got out with my camera very late yesterday and ended up walking in the noon day sun.  It was o.k.  I am used to it, but sometimes you wish for that directional light the mornings provide.  Yesterday, though, was clear and bright and the light was particularly stimulating.  I drove my car to the part of town where my accident took place, where my life was forever altered if one wishes to think that way.  It was not traumatic being there.  I do not cringe and shrivel going down that particular stretch of road.  I did stand in the approximate spot where I was hit, but I could not figure out what happened or how it was done.  I have absolutely no memory of it.

That place is changing, however.  In the last year or so, large, modern apartment buildings with rooftop pools and bars have popped up bringing in a youthful city population.  All around now there are restaurants and breweries and tasting rooms and specialty shops and gyms of various beliefs and Neo-hippie yoga studios by the score.  I wandered in an excited explorers daze.  Most things were closed, of course, it being Sunday and the Time of Corona, but if the pandemic ever passes, this will be a fun part of town, at least until the property becomes so valuable that redevelopment replaces the funky old buildings with something shiny and new.  Now, much of it is still warehouses and blighted zones.  It reminded me in a very small way of Berkeley around the waterfront before everything became gentrified after the turn of the century.  At that time, it was one of the most magical places I had ever been.  It still, from time to time, is the geography of dreams. 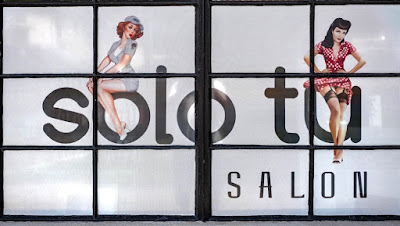 ¹ I love to split the infinitive.  I know better, but I think most people like it as much as I do ( and I understand, too, that it should be "do I").  I am afraid, however, that writing in the vernacular has become habit rather than merely a stylish turn, especially now that I have no need for formal writing any longer.

Now, I've been thinking about mask wearing and social distancing and the coronavirus, and I've come to the conclusion that we are silly if believe people are going to be careful, especially younger people, when there are more common health issues that can be avoided by prophylactic means that plague us.  Specifically, I'm thinking of the number of unwanted pregnancies that occur every day.  Kids take chances, huge ones.  I read an article in The NY Times this morning about the need for free condoms and other birth control devices for younger adolescents according to pediatricians.  I never imagined I would be hearing such a statement from a pediatrician.  STDs are on the rise among kids, and I reflect back to my own youth.  Holy shit!  Most girls didn't even French kiss.  But whatever.  It isn't just kids, either. The Villages, the largest retirement community in the country (if not the world), has far more STDs than the general population.  Try not to think about it too much.

So. . . you think people are going to wear masks?  I am realizing that is ludicrous.

I was watching more videos by Roger Barnes last night, those little zen videos in which nothing happens.  His recent ones have been made in the Time of Corona.  He is not out sailing.  He is one who does the right thing.  In those videos, he spends his time working on his boat in the shed he has constructed and walking around the countryside where he lives, a pastoral part of England with fields and hedgerows and ancient oaks.  He reflects on the fact that the methods of staying healthy during this modern pandemic are no different than they were during the pandemics of the Middle Ages--isolation, cleanliness, and ventilation.

No matter what things we invent or construct, life does often boil down to some very basic principles.

Safety and Desire.  Saints and Sinners.  Angels and Devils.  It is why Shakespeare can still rock some of us.  Basic principles.

After exploring around the scene of my war wound yesterday, I drove to another part of town to wander for awhile.  As I walked down the main highway, I saw a police car in the distance with its lights flashing.  It was in front of a massage parlor.  Oh, boy, I thought, I need to get up there with my camera before they start perp walking the girls out.  When I got there, however, I was disappointed.  It turned out to be only a traffic accident.  No painted women around.  I walked around the neighborhood a bit more, but the sun was getting high and hot, and the light was no longer interesting, so I headed back to the car thinking about the beer and the shower I would have when I got back home.

This was the last photo of the day. 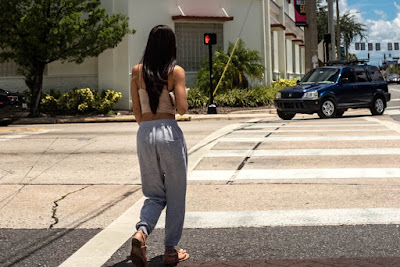