The Sacred Cheese of Life 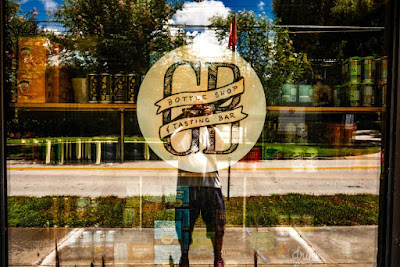 Look at me being all reflective and shit.  This is how life should be, of course, colorful and gay, shelves lined with tempting goodies.  The shop was closed, of course, it being Covid Sunday and all.  But it was a tempting invitation to the good old past when you could have fun without fear.

We've been boycotting fun for months now, almost half the year, but it seems much longer.  It seems a lifetime ago.  I would expect soon that even this illusion of good times past will be shattered by protestors and rioters.  I mean. . . it does look privileged.  It is one of those things that looks pretty good when you have it and pretty bad when you don't.  I've walked that razor's edge my whole life.  To reference Stephen Crane, I've smelled the sacred cheese of life.

I've been thinking more about my "intellectual libertine" phrase.  That must have been influenced by D.H. Lawrence who famously said that modern man lived too high in the mind.  What was wanted, he believed, was a blood consciousness of the senses.

So I just Googled "intellectual libertine" and, oh my gosh. . . someone had already invented the term (link).  I'm afraid to read any of it.  I don't wish to be disappointed. 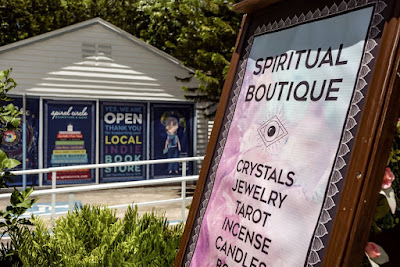 If we can't live as we once did, however, perhaps we can enhance our spirits.  You know, deck them out.  Boutique them.  My spirit has become dull and could use a little spiffing up.  Some crystals and candles and incense and colored bracelets and perhaps even a silk scarf to wear pirate style.  I used to dance to Indian music that I bought at the yoga shop where I practiced.  Yea, man, I've done it all.

I guess I feel an insouciance this morning.  I'm ready for a second Cuppa Joe and one of the glazed cinnamon buns I bought yesterday on my grocery run.  I'm going to heat it up and make it as messy as possible.  Then I am going to stroll the grounds and get ready to do some exercise.  The exercise doesn't interest me as much as that cinnamon bun does, though.

I think I'll get to it now.  That's enough of my silliness this morning.  The dull gray of the afternoon will soon be upon me.
Posted by cafe selavy at 8:36 AM