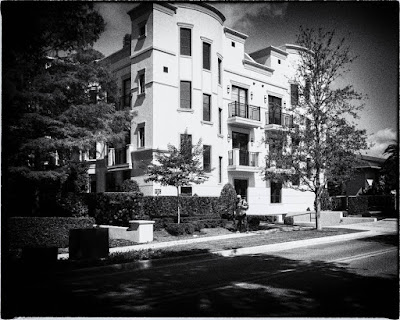 A couple days ago, I went to the exercise course to test out the hamstring I hurt a few weeks before.  On the first lap, I felt pretty good and was thinking to myself, "Fuck yeah!"  On the last lap, all I could think was, "Fuck me!"

I think my chances of becoming an Olympian are over.

I've lost all interest in it.  Funny how that works.

I wonder if I will lose all interest in travel now.  We live on a different planet, and it isn't going to go back to being what it was before.  There are new restrictions that aren't just mental.  Physically the planet differs.  It is not the same as the one I was born into.  The world's population has grown from 2.6 to 7.8 billion people.  The oceans, thought to be inexhaustible, are dying.  The composition of the atmosphere has been altered radically.  Half of the world's deforestation has occurred in my lifetime.  Almost 500 known animal species have become extinct since my birth, 120 of them in the past ten years.  It is difficult to know how many plant species have been eradicated.  There are now 144,000 man made chemicals.  85,000 of them are declared toxic by the Environmental Protection Agency.  We are now adding about 20,000 new chemicals each year.

Do you think we'll be safe once we lick the old Covid pandemic?  Scientists tell us there are a bunch waiting just around the corner.  They don't say we can prevent them.  They tell us how to prepare.

Social science can move the lines of socially acceptable behavior light years faster than science can reverse debilitating physical and chemical changes.  Psychologists can reclassify some behavior because that is value-based.  Many things once considered a "mental illness" or a "social deviance" are now considered "normal."  Science is not as malleable.  You might change people's ideas about how they feel about gravity, but you can't change its effects.  You can cancel people who do not adhere your social values,  but you can't cancel climate change.  It is easier to watch the monkey fuck the donkey.

I'm certain that I am not the only one whose priorities are shifting in the pandemic world, but I have accumulated mine over a much longer period of time than have generation whatever.  Ecology teaches us that young systems are able to accommodate change much better than older ones.  This is the world we have now.  It is not so much like the one that existed in the span of generations that are still alive.  It is not the planet Jimmy Carter or Bill Clinton or George Bush were born to.

But man, I wouldn't want to bear the responsibility for the changes they ushered in.

And Trump?  Yea. . . it is the same one for him.  He'll never feel bad.  But maybe we'll reclassify how we feel about those who are "sociopaths," too.
Posted by cafe selavy at 8:29 AM