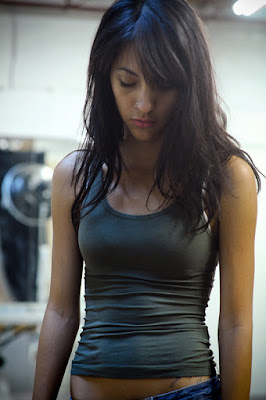 I'm glad that Biden chose Kamala Harris.  I've been saying for months that she was really the only choice.  Many of my friends are skeptical.  Some say she is a phony, a fake.  Others don't like her for reasons I can't comprehend other than she is a centrist.  That is what it will take to beat The Donald in November, if anything can.  Progressives are driving people away from the left, though taking them as left leaning is a huge mistake.  They are not liberals in any sense that I understand the word.  Progressive ideology is merely a substitute religion.

No, not merely.  Once should never say "merely."  Nothing is ever "merely."  I am suspicious of any pronouncement that uses the word.

Progressive ideology serves as a substitute for religion.

Kamala Harris is not a Progressive, and as I have said, she is too conservative for many of my friends.  I think that this complaint, though, is a tool of the right.  She ain't Black enough.

Maybe that's why I like her.  She is Obama black, of mixed race.  I have long deplored the race distinction.  Most Americans are mutts, not purebreds.  Most Americans who consider themselves white have African ancestors.  Most people we consider "of color" have European blood coursing through their veins.  I dislike the racial divides and can't wait to be free of them.  As I have said repeatedly, I don't like most "black" people.  Same for LatinX.  Same for Jews and Arabs.

I want to be free to dislike whomever I want, not based on race, but on values.  My friends and I have a cultural bond.  We enjoy enough of the same things to be able to stand one another's company.  It may be a love of travel, an appreciation of literature and/or art, a desire to be in nature. . . . Sometimes several of those things align.  Those friends are closer.  And then, there are some to whom you will give your trust.

I see in Harris someone who maybe understands some of that.  Hoodlums and thugs of any color get spanked.  What?  Most of them seem to be "black" men?  Huh.  As one of my friends is fond of pointing out, 4% of the population commits the majority of violent crimes.  You can blame it on cops.  You can blame it on whitey.  And I can agree.  But not every motherfuckin' street corner boy is an angel in waiting.  I grew up with hillbilly niggers, white ones, violent ones.  Nothing was going to save their honky asses.  They had some twisted genes.  They were born to be bad, as the songs would have it.  And we would have all been better off if those boys had been locked up or shot.

I'm sick of hearing about "race."  I'd hate to be black and have to be saddled to others who were perceived black.  It would be as bothersome as it is being considered "white" like Trump.

So, yea, I'm all for Harris, and now I will vote for Biden.  I think many others will, too.

I couldn't walk yesterday.  I limped around the house, but very little.  I am sure that I didn't take more than 100 steps the entire day.  Such is injury and old age.  And I drank the rest of the wine I had opened the night before, and I had two whiskeys besides.  But that is much less than I had been consuming, and maybe today I will not drink at all.  Abstinence is a burden no one should have to bear.  The possibility of a drink. . . just the possibility. . . calms you.  It is easier to say "no" if you don't have to.  And just to prove it, you might have a drink.  There are times, really, that absolutely demand it.  The trick is not to be a drunk, or worse, an alcoholic.  So maybe I will not drink today, or maybe I will have one.  It makes me feel better knowing there is no absolute driving the decision.

Today's picture is from my time in the studio, just a snapshot of someone who came to help me make pictures.  I miss shooting humans.  I wish I had one to photograph.  I've learned a bunch photographing the neighborhood.  It has been like going back to school, like being given an assignment you weren't particularly excited by but one which you had to do, and of course, you would try to do it well.  Then, in the doing, you found unexpected surprises that delighted you.  That is what photographing the neighborhood has been like.  But I am truly drawn to things hidden, mysteries, treasures to be unlocked, access to things that others fear to ask for.  It was fun in the studio.  I hope to have one again some day.

And. . . I posted the photo because I think she looks a bit like a young Kamala Harris.  Harris, you know, is not without curb appeal. 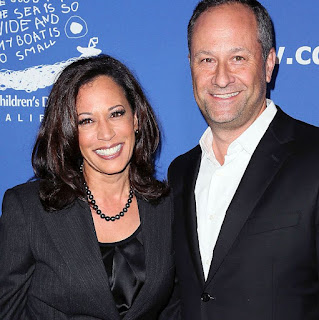