Tales of Joy, Tales of Woe 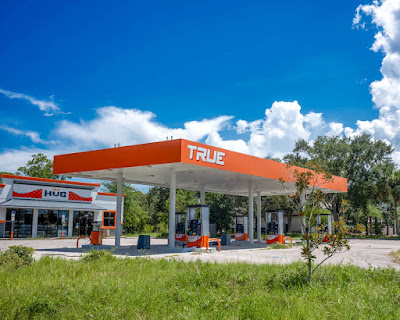 Oh. . . people liked seeing a picture of a human being on yesterday's post, but I have to be "True" to what I am doing now.  That is what the lettering says on the abandoned gas station.  "True."  This is the only True station I have ever seen.  It doesn't look as if True, however, lasted long.

Want to know the kind of guy I am?  Kathleen Edwards is coming out with a new album Friday. The NY Times had a story about her today.  There is a preview song from the album there.  I am always full of estrogen, or so my friends say when they listen to my play list, though, in truth, I rarely listen to anything but jazz any longer.  Still, for a moment, I was sucked into the vacuum of this hollow song, riding the melody astride that husky voice.  Have a listen.


Did you feel that?

Don't worry.  Most of my friends don't either.

Now that I have gotten out of the house and have driven to the coast, twice in one week, I am feeling adventurous, so yesterday, I took a chance and went to the outdoor pool at the Y.  As I walked through the checkin at the front, I glanced longingly over at the weight area.  Nobody had a mask on. When I walked by the area with all the machines, I saw groups of women standing close to one another, chatting.  Some people waved at me.  I was the only one wearing a mask.  I felt like a freak.  I mean I AM an oddity at this stylish Y as they are 90% Trumpers which explains the lack of masks, I guess, but I felt somehow. . . I don't know. . . silly?

I didn't think about the social distancing thing at the pool, and all six lanes were occupied.  In three of them, old ladies with styrofoam floatation devices between their knees and styrofoam floats in their hands were bobbing around in the deep end.  I chose one of the lanes and pointed to the lady at the other end of the pool forming a question.  She looked pissed, but I jumped in the shallow end.  I wanted to tread water.  Right away she said something to the boy lifeguard who came over officiously and started to speak in one tone, but I think the look I was giving him made him change it up.

"You'll need to stay in the shallow end," he said.

I tried treading water without touching the shallow bottom, and managed for a long while.  Eventually, someone left one of the other lanes, so I scooted over there now free to roam.  I decided to try swimming a lap.  In the past, I couldn't get my left arm to make the rotation, so I was stuck with breast stroke/doggie paddle movements.  To my surprise, however, I was now able to do the full rotation.  Wow!  O.K.  Let's go.

And I did.  I was kicking and stroking and going almost nowhere.  I mean nowhere.  How could this be?  It must have looked crazy to the boy lifeguard like something out of a Peter Sellers movie.  The water was moving, but I wasn't.  I was glad there was a lifeguard once I got into the deep water.

Eventually, I reached the other end of the pool.  I was exhausted.  I waited a few minutes and did it again.  And again.  Etc.

This morning, my shoulder muscles are pleasantly sore.  A triumph for the old guy.  I will try doing this twice a week for awhile.

But I had another idea, too.  I thought that today, I would do my pushup/pull-up/crunches/squat routine outside the Y, then come in for five minutes--maybe less--and do a set each of bench press, pull-ups, slanted sit ups, and leg presses.  Straight through, no resting.  The thought excites me, though I fear Covid more than most.  I will be a freak and wear a mask.  I will use hand sanitizer right away.  Five minutes.

I also stopped by to see my beautician.  I wanted to show her my long, blonde hair.  The parlor had changed.  They had built walls so that each station was its own enclosure.  She came out wearing a mask, as was the receptionists.

Next thing you know, I'll be surfing again, too.

One bummer yesterday, though.  I checked my bank accounts.  I don't do that.  Never have.  But now. . . I figure it is the prudent thing to do.  I thought I would be surprised by how much money I had saved since I am not eating out, not drinking out, not buying things, and I WAS surprised, but not in the way I had expected.  Since I quit working, I have spent significant'y more than I have gotten.  The accounts were shrinking.  How could this be?  It had to be a mistake.

Truly, for the first time in my life, I went through every transaction for the past six months.  There was no mistake.  It was true.  A cold chill ran up my spine.

Today, I am going to do another thing I have never done.  I am going to list my mandatory monthly bills, add them up, and see what they come to.  I now know, too, for the first time in my life, how much I am getting deposited into my accounts each month.  I am going to make a budget.  I've heard of them before.  I took Home Economics when I was in the ninth grade, the first boy in the school ever to do such a thing, and I am sure that we were instructed in that then.  But I have never balanced a checkbook.  I've gone bust many times, been overdrawn at the bank, etc.  But that was years ago.  There came a point in my life where I made enough money to pay my bills and have a little something left over.

That time, apparently, has come and gone.  There will be no new camera.  I will need to replace my car and computer in the coming year(s).  Phone, too.  I may have to do something very unpleasant.  I may have to go back to work.  The thought of that stuns me.

My buddy, the travel/art friend, told me that I probably only have a few good years left anyway, and that I should spend all my money up since I didn't have anyone to leave it to.  He, himself, has done something like that before.  Then he told me a brief story.

"I have a friend who gave each of his three or four sons $10,000 a couple of years ago. He heard back through them that one of the boys took the money and went to Vegas and had several whores over a couple of days. He was really disappointed. I told him, hell, that’s the only smart one of the group. He enjoyed himself like he always wanted to and will never ever ever forget that. What did the others do with her money?"

Yesterday, sitting with mother, I told her about my egregious financial situation, then I relayed to her what my buddy had said.  She laughed at that and grinned.  I was surprised.  She didn't put up any objection.  Hmm.

Tales of joy, tales of woe.  Everybody gets something.

Now it's time to move.  Life is for the living, and moving is imperative.  I want to smile today and get on with things.  There are corrective measures I am willing to take, and there are creative things still to do.  I'm still a good looking boy, I think (though the reflection I saw in the window as I walked up to the beauty parlor needs to be forgotten), and I still have an imagination.  But man. . . nothing is going to happen sitting in this chair.