Freedoms Of and From 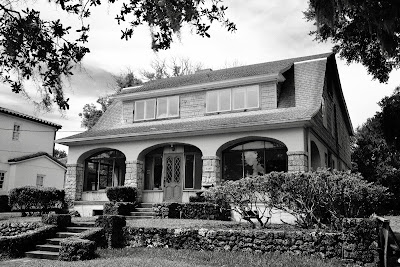 On the other hand, it is good that I live alone.  I was foolish to think that I would simply heal up and get on with things after my accident.  We dealt with all the obvious damage to my lung and joints and bones, re-inflating, plating, etc.  Some things they could do nothing about and we just left them alone.  But god knows what unseen damages there have been.  One side of my body feels different than the other.  The nerves have never gotten right.  The bones continue to stiffen and thicken with arthritis.  I'll never be able to do certain things with my left arm again.  These are very unattractive qualities.

And I am "of an age."  There is all of that to contend with as well.  How much rapid rate of acceleration this accident will cause remains to be seen.

But no one else has to suffer watching it.  Nobody has to help me or listen to my lies or complaints.

I am free to suffer alone.

It is a terrible freedom.

The freedom from this, however, is liberation itself.  It is to this I hoist my glass.

I took my new camera out for a test walk yesterday.  Same old shit in the viewfinder.  Nothing new to see.  But I was simply trying to figure out the dials and menus so that I could react to what I saw quickly.  I learned quite a bit.  The picture above was taken with the camera below. 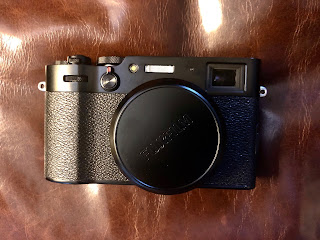 It is a real pip, lightweight and small in the hand.  It autofocuses quickly and has an almost silent shutter and a flip out screen.  I thought for sure this would be the camera for the streets.  It is a fine camera, but it made no difference.  When I walked down the street, people still looked at me suspiciously or worse, stared me down with scowling faces.  Perhaps people's sense of ownership and individualism has been enhanced, but the visual history of our time will suffer.  Although a trillion photographs are taken every day, most of them are selfies or carefully staged instagramable moments.  Anyone with a camera these days is to be distrusted.

It's not just me, I find.  The kids at the photo store run into the same problems.  Yesterday when I went to pick up some film, they were talking about the customer they had just escorted out the back door of the building.  She had been outside and took a picture of a homeless man who was, as the story was told, threatening her.  She was scared and in tears.  All three of the kids working the floor said it was the same for them, too.  I would figure that because they are young, especially for the female photographer, it would be easier, but they said they get yelled at just for walking down the street with a camera.  And it is true, people do confront you, sometimes red in tooth and claw.  The history of small towns and suburbs will be of buildings and objects and uncountable selfies.

I need to come up with a project.  Random street walking is good exercise, but it is getting old.

The idea of this camera is that you can do what you would have done in post processing in the camera before you take the picture.  It is, to hear it told, a throwback to film days.  In camera, you set the parameters of the "film" you will shoot, and that is what you have.  The image is ready to be shown straight out of the camera.  I poo-pooed this for a long time, but the idea has grown on me.  I am trying to create my "film" profiles right now, trying to create a look.  Or several.  The nice thing is that you can digitally change the "film" in the camera fairly quickly.  I will have to work with the camera for awhile before I have something, but that is the report.

I've awakened to a cloudy sky, a gray morning that is spitting a little rain.  It would be nice to sit in the house with my own true love, have a mimosa, and go back to bed.  Rather. . . later on I will go to visit my mother.  She lives alone, too, and I must palliate her loneliness, though actually, she has by far a more active social circle than do I.  That, my friends, is no Herculean feat.
Posted by cafe selavy at 9:26 AM