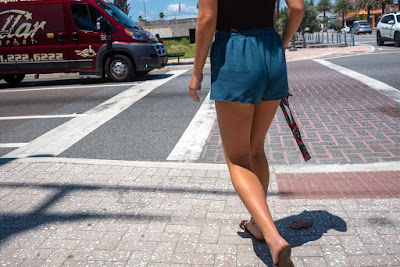 Something Human in the Time of Corona.

All that nostalgic weeping is over.  I listened to the new Kathleen Edwards album yesterday.  Other than the song I posted here a few days ago, the album sucks.  Man, she used to be a ball of heartbroken energy wailing odes of sadness and longing into the lonesome night.  Now she has all the energy of a Katy Perry.  O.K. I admit, I don't know who that is.  I couldn't name one of her songs if it were playing and I don't know the difference between her and Kelly Clarkson.  She's a singer, too, right?  Probably Edwards is nothing like either of those two, but her album is over-produced and lacks any of the raw power of her earlier stuff.

Q was snarky with me when I sent him this version of "Sweet Jane" (link), and another by the same band, the Cowboy Junkies (link).  Maybe he wasn't.  Maybe he was sincere and I mistook the comment.  But yea, it is horrible what happens to people.  Perhaps first the body goes, then the energy.  But some people get better as they age, don't they?

Trapped in a biological nightmare.  You can't escape it, but why oblige?

It is unbelievable, isn't it, that some people are attracted to youth.  Everybody wants to buy a used car, right, something falling apart, still running but with bad brakes and a broken air conditioner?

The cost is high if you want low mileage.

Gather ye rose-buds while ye may,
Old Time is still a-flying;
And this same flower that smiles today
Tomorrow will be dying.

The glorious lamp of heaven, the sun,
The higher he’s a-getting,
The sooner will his race be run,
And nearer he’s to setting.

That age is best which is the first,
When youth and blood are warmer;
But being spent, the worse, and worst
Times still succeed the former.

Then be not coy, but use your time,
And while ye may, go marry;
For having lost but once your prime,
You may forever tarry.


1654 or something.  Robert Herrick.  They knew even then.  I would have changed one letter in that poem, though. . . just one.  It would have made the world of difference.  I would have written "merry" rather than "marry."

I tried my new elixir last night--Golden Milk.  It is a BIG thing, apparently, that I never knew about.  It is a popular Indian elixir that is purported to have almost magical health and healing powers, and you know how healthy the population of India is.  O.K.  It is like Chinese medicine, maybe.  You've never seen healthier people.  But really, it is delicious.  It is my new nighttime treat.  I bought a powder that you heat in a cup of milk, and I love warm milk. It tastes a lot like Chai, and I imagine you could mix it with tea to make it.  Now, I will be brighter, have a healthier heart, lower blood sugar, a strengthened immune system, and a lesser chance of cancer.  What a deal!

Seriously, though, if you like warm milk, cow's or almond's, try it.  Mmmm.

This was a silly post, but I don't have the energy to go back and write another.  It is Saturday.  I wish I were in a big city pre-Corona.  I would like to go to a museum and see a great exhibit.  I would like to  sit in the museum cafe and have lunch and a glass of wine while watching the crowd.  I would like to step out onto a bright and bustling street and capture the vibe.  I would like to catch the eye of some girl and gather a smile.

Rather, I will go to the pool and swim, then go and sit with my mother.  I don't think this is ever going to end.
Posted by cafe selavy at 8:08 AM