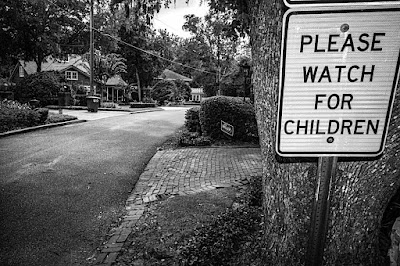 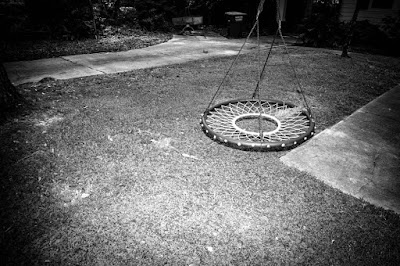 I've become emotional lately.  I might be watching the news and suddenly I feel like crying, face starting to pucker and wrinkle into that sad horror mask of grief.  Over what?  Fuck.  Too often it just feels like the end of things.  Not for everyone.  Alone so much, I am losing resilience.  Yesterday I was horrified to find myself talking out loud--to me.  Oh, no, I thought.  That is what happens.  I get slothful.  I get slow.

I plan not to drink late into the night.  At some point after dinner, I think to drink tea.  I have bought an elixir I am looking forward to trying, one that will be good for me, that will taste good, and that will help me sleep.  I've had it for two days but haven't opened it yet.  Last night after dinner, I started watching Kathleen Edwards concerts on YouTube. Such sad loveliness.  I was on a tour of the late '90s and early 00's.  Powerful emotional times for me.  I was getting, then got, divorced.  Suddenly, I found new, crazy good music.  I needed music.  And I got a laptop computer.  I began to write, millions and millions of the truest words I could think of.  I wrote emails, and I wrote journals.  Late at night, I played my guitar, recorded on the new digital editing programs.  My heart was full.  So many beautiful and terrible things all at once.  I loved my wife and am not certain exactly why she left, but I had given up much she didn't like while we were together.  I didn't play guitar.  Didn't write.  Didn't take photographs.  Then, all at once I was free to do anything at all.

It lasted for a long while.  And there was a soundtrack to it.  It was a hell of a soundtrack.

Kathleen Edwards was part of it, and listening to her last night reminded me of all that.  I stayed up late watching, listening.  The whiskey bottle went dry.

If you weren't there, you can't know, but if you were free and unfettered, there was much potential.  Everything was fair game.

It got a lot of people in trouble later.  The rules changed, the lines moved.  I don't think any of that will ever happen again.  It might be better that way, but who knows.

My mother and I were talking a couple days ago about my relationships over the years.  She says she marks the past by who I was with at the time.  I thought that was funny.  Different women, different eras.  I told her that I realize now that I was sometimes too "this" or too "that."  I was specific and didn't use pronouns.  I told her I wish I'd been able to laugh away much that I didn't.  She said, yes, she had regrets, too.  She wondered if everyone has, and I said that they should but that I was pretty certain that some people did not, or at least did not admit them, though everybody should.

Then I told her that I am sure I wouldn't make the same mistakes again.  I would make brand new ones!

But some nights, just by surprise, when you are sitting alone, maybe watching the news. . . .

It is this Covid thing, this isolation, that makes you think of death.

So I've been trying to move, even though I am still limping.  I don't stay in the house all day now, and yesterday I took a chance and went to the gym for a few minutes.  Literally.  Outside, I did my usual workout, and then I went in to use the weights for a final few sets.  One set each of. . . oh, who gives a shit about what exercises I did. The point is, I wasn't in there long.  I wore a mask and got near no one.  I wiped down everything I used with disinfectant before I touched it.  I was in and I was out.  It felt so good.

And then. . . the paranoia.  What if. . . .  I couldn't stand myself if I got sick, not from that.  My throat began to close.  My lungs constricted.  I could feel a headache coming on.

After a very disinfecting shower and a good lunch, I headed to the bank to deposit some of my funds. I am desperate to keep my bank account steady now that I've found myself to be traveling in the wrong direction.  Then, I took my car in for its "free" car wash.  The girl there remembered which wash I had gotten the time before.  It put me up another notch.  I am that way.  Terribly.  As my dead ex-friend Brando used to say, if it weren't for women, he wouldn't bathe or wipe his ass or brush his teeth.  He'd probably just crawl around in the forest scavenging for nuts and berries.  I took that and ran with it to the nth degree.

"Are you kidding?  I learned to drive just so I could take you out!  You're the reason I learned to speak!  I did it all so that I could be with you!"

The day was cloudy.  The light was no good.  And I wanted to take pictures.  I read for a bit, and looked at some photo books.  I was inspired by the photographs by Mark Cohen, one of my longtime influences.  I grabbed my Leica Monochrom and a flash.  When there is no light, make your own.

I like the pictures here today.  There were a lot more that I liked.  I felt myself on a roll.  I got inspired.  I have ideas.  If only I dare to follow them up.

I would like to be able to count on the weatherman, but it is impossible.  They change the forecast hourly.  Every night, they predict rain.  I try to make plans accordingly.  When I look again to see, the rain will come later.  When they say not at all, it rains.  Right now the light is sharp and crisp, and I should get out into it.  I have to keep busy.

And stay away from old music and the whiskey.