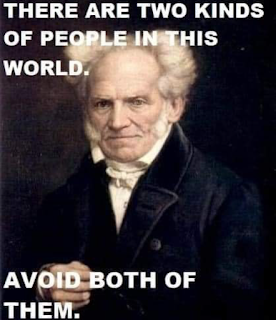 I woke early this morning after not sleeping so well last night.  It was five o'clock.  Rather than roll around in the bed for another tortuous hour, I decided to get up.  It occurred to me out of the blue that today was 9/11.  That was strange.  Why would I remember that upon waking?  I am not the kind of person who pays much attention to such things.  Halloween, maybe.  Yes, and Christmas.  Thanksgiving, not so much.  Easter, no.  There are just too many calendar days given over to something.  The entire month of February.  I do not go in for public celebration or mourning.  I am not one for group things at all.

So it is that makes me wonder what brought the date to mind--especially at five o'clock in the morning.

The medieval calendar was even more concerned with celebrations than our own.  Most of them were religious, of course, but they were much more raucous.  I think they even celebrated a "backwards day."  I'm not positive, but there were many carnivals and fairs and feasts, so many, I once read very long ago, that businessmen pressed the church to vastly reduce the number.  The rise of business and commerce and the falling of religion seem to have gone hand in hand.  But I do remember reading that one out of every three days was some sort of celebration.

Today, we are simply asked to recognize the date for the most part.  There are not as many holidays as there once were.  Economies just can't afford them, I'm afraid.

I must admit, though, now that I do not work, I often have extreme difficulty recalling what day of the week it is.  And that, again, compounds my incredulity at remembering that it is 9/11.

At five-ish, when I opened up the computer to read the news, CNN had no mention of the day.  Hmm.  Perhaps I was up so early I was simply reading the 9/10 news.  Perhaps five is too early for CNN to refresh.  When I finished, I turned to the Times.  Nothing about the day in the headlines.  Nothing about it until I scrolled about halfway down.  You could easily have missed the stories as the titles--they were not headlines--were in a much reduced font.  And this was the N.Y. Times.  New York--you know, where they had the twin towers.

People forget, of course, and the drama of the past is reduced with each passing day.  So why in the world did I recall it?

Ah. . . but wait.  I remember that morning well, as I am sure many of you do.  I had just written a pleading Dear Jane letter to a girl I was losing.  It was supposed to bring her back.  I sent it after midnight.  When she got up to read it, the world had forever changed.  Needless to say. . . .

It is not simply a public day on the calendar for me, then, after all.

Life, in the end, is merely personal, isn't it?  The passing headlines only matter as they affect our private lives.  The rest is simply abstractions that we can care about in abstract ways, but without skin in the game, it is just a game without immediate consequence.

That is why climate change news astounds me.  It has real personal impact on us all.  The California wildfires are raging.  People have died, have lost their homes and possessions, are getting respiratory and other diseases by the score.

Abstract.  I am concerned with hurricanes.  There is the real horror.

But even if you don't live in either of the vacation states, you are experiencing the consequences of rampant CO2 and other terrible chemical production.  The pandemic is one of the results of climate change, but I guess it is too much like Seven Degrees of Kevin Bacon.  Or is it Six.  Most people have a hard time following the chain of events that begins with driving your car and ends with stressed out bats that no longer have immune systems that can kill the corona virus.  Which is amazing considering that even the dumbest people somehow followed the chain of unreason from Hillary Clinton to the child sex ring at a pizza parlor that is part of an evil plan to take over the world.

In another "Got Him Now" moment, Woodward has the goods on Trump and his knowledge of Covid-19. No, let's not call it "knowledge."  Intel.  Trump had intel.  Got him!  Last night, hundreds of people showed up at an airport hanger for a Trump rally and didn't wear masks.  Trump, once down 14 points to Biden in the polls has withered that lead to Even Steven in my own home state.  Covid rates are on the rise here again.  Just when you think it can't get weirder. . . .

So I went to lunch yesterday with an old work pal.  Yup.  I met her at a restaurant near the factory.  We sat outside at one of our favorite restaurants on one of the coolest days so far this summer.  It was pleasant.  We talked mostly about people at the factory.  She wanted to know if I had heard from Ili, of course.  Nope. She said that Ili had been trying to get her to go to lunch, but she was not interested.  She is my pal. Always was.  She asked some questions, but I said I had no desire to speak ill.  Of course, she said.

"But she was crazy, right?"

What more does one need to know?

We sat for a long time, but she had to go back to work, of course.  I drove by the factory on my way home, the place where I spent over forty years of my life.  I had no emotion about it.  It was fine.

When I got home, though, I was overcome by a great fatigue.  I am often enough.  Sitting in isolation, I am much more aware of the nagging pains and problems wrought by my accident, and indeed, I am beginning to realize that something was knocked out of me that is never going to return.  I am not going to be like I was before.  I am on half days now, and even those hours are slow.  And when I think about that, I think that Ili was lucky in leaving.  I was relying on her more than I realized.  We were going places--Miami, California, Paris--but I was slow.  I was like a child in some ways, I think, one you have to look after.

Maybe.  I don't know.  I do know I am not taking care of the things I should now.  My life is falling into shambles.  I am not keeping up with the constant motion and decay.  I wake early, but I am tired.  And more and more, I am remembering the weirdest things.