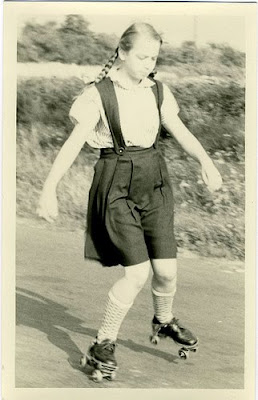 I have become perpetually irritable and grumpy.  I have become a cliche.  Cliches are cliches for a reason. I need to figure out how to break this spell.

Step One: I quit watching the news.  I would say "have quit," but it has only been one day so far.  The early evenings are getting to be nicer, and I don't want to sit inside watching the evening news while I eat.  So last night, I had dinner on the deck.  Now it is a bummer eating there alone, but I do have the cats for company.  Still, it was always much more fun to uncork the wine and rehash the days thrills and horrors with my own true love.  Maybe fixing that situation is Step Two, but it is not so easily done as turning off the television.  So what is Step Two?

After reading the news this morning, though, eschewing the papers might be next on the list.  We live in most dangerous times, and I don't feel the Biden sign on my lawn is really helping.  Trump is not leaving the White House next year no matter what happens in November, or so he says.  He is the Triumph of the Idiots, and if the stupid motherfuckers backing him don't scare the shit out of you. . . well, there I go again.

10,000 chemicals are used in the food we are sold in grocery stores, most of them not tested for safety due to loopholes in the law that is supposed to regulate them.  10,000.  That is a literal number, not an exaggeration.  I'm sorry--10,000 manmade chemicals.  This is one instance where there may be no gender squabble.

I think I almost brought my mother to tears yesterday going on about Trump and the environment.  I have gotten mean and nasty about it.  My mother doesn't have the most basic understanding of how the various levels of government work.  She is in the majority, not the minority.  Most people can't name their elected officials let alone the heads of federal agencies.  But they can vote.  I said there needs to be a fundamental civics test before you are allowed to get a voters registration card.  I think that is what did it.

My liberal friends are thrilled that Bloomberg is paying off the outstanding debt of almost 1,000,000 felons in my own home state so they can vote.  I don't think they know so many felons.  They are thinking of kids busted for nickel bags of pot or something.  I'm thinking of all the fellows I worked out with in the gym for years.  I was the only one there without a parole officer, I believe.  Some of them had done hideous things.  And prison hadn't changed them.  They were still as bad as they were before.  Some went back for a second dose of incarceration.

But hey--Mike Tyson is voting for the first time in his life.  Isn't that great?

O.K.  I have to quit it.  I have a two volume Norton Anthology of World Religions set that I have only read from occasionally.  I have to say, it is fairly fascinating.  As I prepare for the next round of Monkish Existence, I will simplify my diet and spend most of my time reading and meditating.

I'm still going to wear my comfortable clothing, though.

Last night, I watched a documentary about Woody Allen before bed.  Woody was in my dreams all night long.  I am curious as to whether I can influence my dreams each night by what I watch before bed.  If so, what is it that I would watch?  That appears to be a more difficult question than it seems on its surface.  Romantic comedies?  I don't think so.  No thrillers.  Maybe Bob Hope road movies.  Yes, that would be o.k.