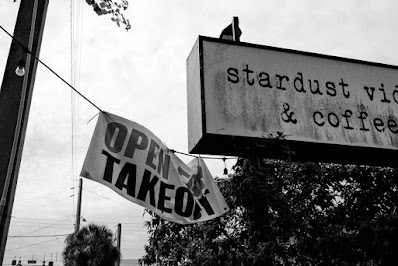 Two nights of no news now.  I am happier.  My life seems more flexible.  How, you ponder?  Ha!  Last night I went to the grocery store.  How's that for flexibility.  I was making a simple (and as it turned out awful) dinner, so there was little to do but open cans and stick some things in the microwave.  The most laborious part was chopping garlic.  Eating that dinner outside accompanied by the first beer in months was liberating until the mosquitos drove me inside.  I could still have watched the news, of course.  Rather, I turned on the second part of a Woody Allen documentary made in 2011 when he was still considered a genius.  The actors who worked with him were still heaping mountains of praise on him, even those who will now not speak his name.  I'd forgotten how many academy awards his films have won.  I've always thought of him as an outsider to that realm, but in reality his movies are very much decorated.  I never cared a thing about his early comedies and still can't watch them.  My fandom begins with "Annie Hall."  It was there that the switch clicked.  His next movie was "Interiors," which infuriated fans but which I loved.  Then "Manhattan" which was his biggest box office movie at the time.  Critics drooled over it.  Hemingway was nominated for an Academy Award.

But you know, those were different times.  Oh. . . wait. . . no you don't.  Times have always been the same.  Right is right and wrong is wrong and never the twain shall meet, or words to that effect (c.c).

Allen's movies number almost fifty, but only a handful are available for streaming.  Why is that?  I want to sit down and watch all the movies from "Annie Hall" forward, in order.  There is something of the history of our culture in those films, one year at a time.  That's the pace at which he makes movies.  Surely it is an important oeuvre.  Why isn't it available?

O.K.  Maybe I would start at the beginning and watch them all.

My point was going to be that I didn't watch the news, but in reality everything is political, isn't it.  It doesn't seem you can avoid injustice.

Now I must follow up on the Hillbilly Report.  My cousin went to court yesterday.  She is charged with theft.  She pleaded no contest, but the judge said that wasn't an option in this case, so she said she needed a court appointed attorney.  Then she told him she couldn't come to trial when he suggested because she was going on vacation.  He told her this was a serious charge and she was facing a fine of up to $1,000 plus jail time, but he let her have her court date when she got back.  I guess he doesn't see her as a serious flight risk.

And so the saga continues.  And will.  Even after the matter is settled, she still has to live next door to her accuser.  That should be fun.

My mother has a doctor's appointment this morning, but due to Covid restrictions, I can't go in with her, so she is there alone right now.  She has been doing what most of us of a certain age do now before going to see the doctor--dieting, not drinking, exercising, etc.  Tonight, however, I am taking a couple beers over for happy hour.  She'll be glad to drink one now that the tests are done, she said.

I was supposed to call her this morning to make sure she got up in time.  Funny thing, though--I slept late. I only forced myself from bed just in time to call her.  This was after a night of sleeping two hours at a stint.  And of course, I remember my dreams.  I was making movies.  Woody Allen was not part there, but I am convinced now that what I watch before bed influences my sleeping brain.

You do know that I used to make documentaries, right?

I should consider doing that again.  If Q lived here, I know we would.  It takes more than one person.  We could form a small crew.  However, that is not how life works right now.  I really don't want to document the Time of Covid.  And eschewing the news gives me more time to think of art.  I actually worked with the Polaroid camera and film yesterday.  My art brain is beginning to thaw a bit.  We'll see if it is o.k. or if it suffers from freezer burn.

Woke up late and have a date.  I'm supposed to meet a friend at the newly reopened Birds of Prey center, an Audubon project for saving injured birds.  I'm not thrilled about going, but I need to do things, you know?  Next week, maybe the Garden Club.

It is Friday.  Perhaps tonight I will have sushi.  After beers with mom, of course.  In between, perhaps I'll make some pictures.  Wouldn't that be something, huh?  Especially if they were of animate objects.