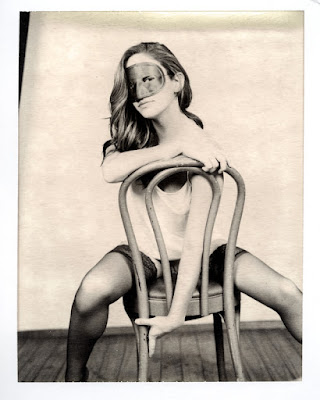 When I tell you I come from hillbilly stock, it isn't hyperbole.  My cousin usually comes down from Ohia to stay with my mother for part of the winter just to get away from the miserable weather there.  My mother likes having the company and looks forward to it, but this year is different.  My mother is not entertaining anyone in the Time of Covid.  Sad for her, but she really doesn't want to catch it.  My hillbilly relatives are not like that.  Oh, they don't want to get sick, but there is a certain QAnon-ish disbelief, so they do whatever the fuck they please.  Like my mother, they are Trumpers, and as we know, Trumpers are much less susceptible to the disease.  So it seems.

But I drift.  My cousin's husband's father died and left them some hillbilly money.  I mean they are hillbilly rich.  He had a farmhouse and a big piece of land, and though they had to split it with one of his two siblings (the other got cut out of the will for being a bad hillbilly, doing bad hillbilly things), it was still more money than either of them had ever possessed before.  My cousin, who cleans houses for a living, got uppity and decided to quit working so much.  Indeed, she decided to travel a bit more and planned to come to the Sunny South next week to stay with another cousin who lives on the coast.  They are the same age and have fun together talking about one another behind their backs, and of course my mother is jealous.

The husband of the cousin who lives on the coast is in bad shape.  He did lawns for most of his life, and now his body is paying the price.  He never wore earplugs and now is losing his hearing after a lifetime of listening to the gas motors roar.  His back is gone, I assume from lifting equipment in and out of the truck. He is in pain all the time now.  After three quack surgeries that did him no good, he is waiting to be admitted for a fourth.  They are going to fuse the vertebrae in his lower spine.  For now, he spends most of his time in bed with the t.v. blaring so he can hear it.  He has dogs of which he is unnaturally fond and overfeeds until they get sick and die.  Until then, they get the runs and shit and piss all over the house.  Now it is his wife's duty to clean it up.

"He isn't fun anymore," she complained to my mother.  "He just lies in bed and smokes all day."

The Ohia hillbilly loves to tell a tale, and I always enjoy the ones she tells after staying over there for awhile.  She used to be a bartender in a country bar and she was a bit of a rounder, too.  She has that husky hillbilly voice that is inherited from her mother's Kentucky side of the family.  They are some real rough ones and loved to fight.  "When they got to drinking, if there wasn't anyone else around to fight, they'd fight each other," she says.  She inherited that trait as well.

It seems that she won't be able to come down next week, though.  She was issued a court appointment.  My mother doesn't tell it very well, but my cousin, who lives in very rural Ohia, has a neighbor with whom she feuds.  They are at one another all the time, and they seem to have a property line dispute among other complaints.  My cousin has been charged with stealing some of the neighbors plants or destroying them--it isn't clear--while her neighbor secretly videoed her.  Whoops.  The case is being heard in one of the small town courthouses.  I picture it as a general store, though I know better.  I don't know how such cases are handled, especially since my cousin is just going to say she did it because the neighbor called her a bitch and a whore and a cunt.  She has a witness, she says, and she is bringing her friend who was on the phone with her and heard the whole thing!

Holy shit, I feel like going up just to watch this fiasco.  It will be a hundred times better than watching Judge Judy.

But you know, being the Time of Covid and all, I probably wouldn't be allowed into the courthouse.

Last night, I fell asleep on the couch watching t.v.  I can't even remember what I was watching.  I woke up at midnight and went to bed.  You know how that goes.  You don't sleep well after that.  I didn't.  But still I dreamed furiously and woke remembering many of them.  I won't bother you with them except to wonder why there are times in our lives when we remember dreams so vividly after years of never remembering a one?  Everyone goes through this, I think.  There is certainly something wonderful about watching the weirdness that takes place without volition inside your skull.

O.K.  I didn't get out of bed until late and now the day is rapidly  running away from me.  I need to try to catch up.

What day of the week is it?  Never mind.  It doesn't matter.