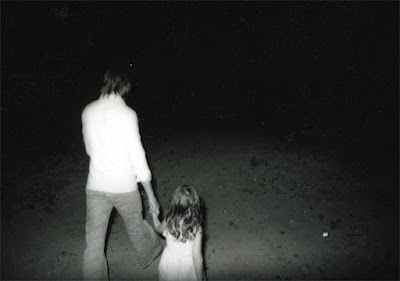 I got a call last night from the fellow who gave me Covid.  How do I know that?  I don't.  I don't even know that I had it, but I still blame him since he had just come from Australia and Thailand by way of South Korea, the earliest countries to be hit by the virus.  He never got sick, I guess, or if he did, he never said so.  He is coming back to town and wants to get together.  Oooo.   I didn't say so, but I'm not sure.  I still harbor certain emotions about that.

He is suffering from the pandemic, though.  He quit a job at the third largest university right here in my own hometown to work for a college in the Middle East.  His work is in international education.  The job he took did not suit him, though, so he quit.  He was sure he was going to get a better one.  He had a couple different options, one in the Far East and one in Eastern Europe.  Then came corona.  He hasn't had a job since.  International Study Abroad programs are dead in the water.  God knows when that will open up again.

He is dipping into his 401K while he tries to find something.  There are few jobs to be had in any area other than tech, and he is not a techie.

So if you are locked down with an income. . . count your lucky stars.  I do.  What few there are.

I found this interesting.

Film critics like the film "Cuties" much more than the general audience does.  I wonder what lies in the gulf?  I guess the secret cabal of democrat politicians running the child sex slave trade out of that pizza parlor might be in danger now.  Look out Hillary Clinton.  We know that Progressives and QAnon are each looking to Burn the Witches.  America is a Puritan country, goddamnit, and whether you are piously religious or simply ideologically pure, the desire for retribution is equally strong.

Burn the Witches, I say.  The Pope was right.  The earth is flat!  Copernicus is the Devil.

In self-defense, I ordered these.

I plan on being the coolest motherfucker in town.  And the brokest.  But when your spirit is broken, only "things" will make you happy.  I will buy my way out of this depression even if it ruins me.

My mother called to tell me that Trump was going to be on t.v. in a few minutes last night.  He got delayed.  He was late.  I told her that he was doing lines of Adderall to get focussed.  It is well known, I said.  "What's that?" she queried.

I didn't turn it on.  Q had called while I was on the phone with my Covid buddy.  I called back in case he was in need of some sage advice.  He wasn't.  He just wanted to crow until he was called in to eat his dinner.  The skies had cleared above his home.  There was blue sky and sunshine.  He showed me.  Such are the pleasures that excite us now that we are enduring in End Times.  That and a good bottle of wine.

And so a new day breaks here in the cloudy south, one hurricane walking ever so slowly across the coastline and six more potential hurricanes coming our way.  Mere mortals sit and wait upon their collective fate.  No matter where you are, I imagine there are equal horrors to abide.

Unless you are a Trumper.  They seem to enjoy all this somehow.  They accept chaos as the natural order.