The World Is Too Much 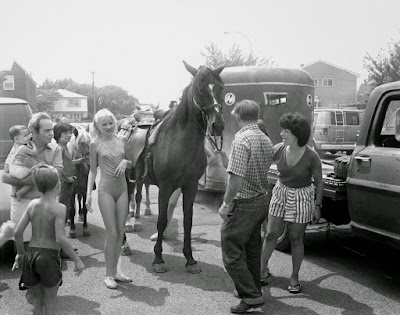 O.K., other people's dreams, I know, but I got up at five following a night of continuing nightmares which involved Donald Trump as a sheriff who was hot on my trail and out to get me.  WTF is going on with that?  He was even wearing a cowboy hat.  White.  I shit you not.  I couldn't chance going back to sleep.  I knew the bastard might catch me.

This is the result, perhaps, of watching "Devil All the Time" on Netflix.  It is a novel by one of mine and C.C.'s favorite hillbilly artists, Donald Ray Pollock.  He comes from the same neck of the woods as we do, and we know those hillbillies fairly well.  C.C. even went to a reading at a bookstore and met Pollock on one of his trips back home.  He's the one that told me the movie was released.  "Pretty good," he said.  What it is is an unrelenting horror show of twisted death, suicide, and murder.  You know, just like hillbilly life.  Thanks, bud.

Or perhaps I've not been drinking enough.  I say "enough" because I quit drinking for awhile, but that was not really working for me.  I just kept thinking, "I'm not drinking" all the time.  Everything I did, I thought, "Look, I'm not drinking."  So one night, I had some wine with dinner.  Civilized drinking.  And an after dinner drink, too.  And that was it.  And that has been where I have stayed, those couple drinks in the evening.  There may be days now when I don't have a drink at all, but I couldn't stand being abstinent. I'd rather be abstemious.

But truly, that is almost as difficult.  I keep thinking, "Look, I'm moderate.  I'm being moderate."

Retirement in lockdown is getting the better of me.

I have been trying to work on some of my flaws, especially anger.  I want to be peaceful.  I want to be able to laugh and let things roll off my back.  But often, I act like an asshole.  I am not an asshole, but I have a tendency to act aggressively to other people's thoughtless or selfish acts.  I admitted as much to my mother yesterday after getting irritated by something she said.  I don't usually let my mother irritate me, but something has gone awry.  She said yea, she'd noticed.  I told her I didn't understand why but that I was self aware and noticed it.  She said it was depression.  She gets that way, too, she said.  But, she said, you have had too many things happen at once to turn your life upside down.

It is that, but it is the world out there, of course, all of it, Covid, climate change, fire, hurricanes, floods. . . plastic.

Yup.  The mass of plastic floating in the ocean now is greater than the biomass in the sea.  There is more plastic than fish.  We eat microplastic particles constantly.  We drink it.  We breathe it.  It rains down on us from the sky.  Do you know how much rubber goes into the atmosphere every day from car tires?  1.8 million tons of microplastics each year.  You know those recycle containers you so diligently put out on the curb each week?  Only 7% of the plastic gets recycled.  Where does the rest go?  It used to go to China, but they won't take U.S. waste any longer, so we are trying to cut a deal with Nigeria.  What do they do with it?  Burn it, bury it, and set it out to sea.  Why do we think it is being recycled?  That is what the plastics industries have told us.  They never really recycled it, but they put on a campaign ad that made us feel better about using plastic for everything.

Sorry.  I went off.  That is just ONE thing.  If my mother is any indication, people in America don't have any idea what environmental laws Trump has changed in the past three years.  They haven't any idea of the impact except how it has driven the stock market.  The biggest polluters are even bigger polluters now.

That is macro level stuff.  I just deleted the list of things that are more personal.  Too many people might recognize themselves, and I can't afford any more desertions.

I probably need to quit going through my old hard drives looking for things.  Searching through the past, those good old days when life was fun, when I was handsome and in love, when I sailed my own boat, climbed mountains, dove in the deepest caves, played to giant crowds. . . maybe that is not helping.

Maybe a big old ball of opium would help.  I would like to roll up into a giant velvet blanket for awhile and float the days away in a puffy dream.

The World Is Too Much With Us

BY WILLIAM WORDSWORTH
The world is too much with us; late and soon,
Getting and spending, we lay waste our powers;—
Little we see in Nature that is ours;
We have given our hearts away, a sordid boon!
This Sea that bares her bosom to the moon;
The winds that will be howling at all hours,
And are up-gathered now like sleeping flowers;
For this, for everything, we are out of tune;
It moves us not. Great God! I’d rather be
A Pagan suckled in a creed outworn;
So might I, standing on this pleasant lea,
Have glimpses that would make me less forlorn;
Have sight of Proteus rising from the sea;
Or hear old Triton blow his wreathèd horn.
Not a favorite poem or poet, but it came to mind.
Posted by cafe selavy at 7:29 AM