In the Blue Gray Stillness 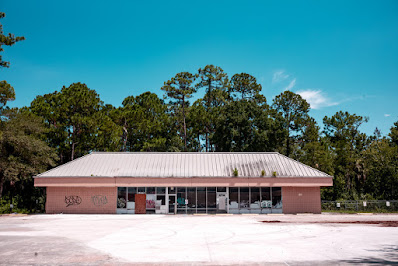 And still. . . I haven't used my camera.  It has been weeks.  I did buy guitar strings and have restrung my guitar, and I have gotten out all sorts of old recording gear with ideas of grandeur.  But my guitar playing has been painfully lousy (I've lost the callouses on my fingers), and the recording equipment will not work with the new computers.  Indeed, after Apple's last upgrade of my OS systems, I can no longer print on the old Epson printers, including the large one that makes all my huge prints.  I am going to have to buy an older computer to run the older operating system and then get another copy of Adobe so that I can print.  There is collusion between Epson and Apple, I think, in order to sell new equipment.  Epson doesn't want to support their old printer software with updates.  Nikon has long ago quit supporting their scanners.  There is no customer loyalty.  Remember--Apple was sued for slowing down their older phones through software "upgrades."

People are regulated more than industries.  But citizens are stupid and business people are smart, and wherever there is big money, there is corruption.  Just look at the medical industry in America.  It is like some hideous Russian oligarchy.  Do you really think that with that much money on the table, anyone is not going to be bought?  Ralph Nader died years ago.

It is exasperating.  I am beginning to realize why old people give up.  Around the globe, those who live the longest are the ones least connected to industry and technology.  How we pity those poor primitives with their slow internet and their slow lives.  Meanwhile, every few days, CNN or The NY Times publish articles on Wellness: advice on how to eat better, sleep better, exercise better, on how to create better relationships and how to meditate.

In a fucked up world, people are searching for Life Coaches.

I've been watching more of those hillbilly interviews I posted a few days back.  Those violent drug addicts who have nothing say they've had a "good life."  I know hillbilly.  All they ever need is "good enough."

All most of us ever need is "more."

I woke early to rain.  The world outside my door is drizzly and blue-gray.  The landscape owns an attractive sheen.  The normal rain here is driving, but this is like a Pacific Coast rain, soft and gentle.  It reminds me of something that will not come to mind, perhaps my first trip to the Adirondacks and the Catskills with my buddy while I was in college, a place that seemed Middle Earthy to me then, nothing like my harsh southern cracker environment, but maybe I am remembering my early childhood in Ohio.  Emotionally, I linger.

Such is Covid Time.  Harsh realities and protracted memories wrestle for prominence.  My nights are full of these battles.  Last night, in my waking sleep, I remembered the harshest times with Ili and then all the things I have let go since then.  The plants have all died.  I still haven't gotten rid of the small things she left behind.  There are towels exactly where she folded and lay them, baskets as she arranged them, baking products I will never use filling cabinets.  Her chest of drawers stands empty.  There is so much around the house, inside and out, that needs to be done.  I am overwhelmed and wooden.  Almost anything I listen to or watch brings a sudden deluge of convulsive sadness.   I have hoped that a new diet and the avoidance of alcohol will bring on a new mental state.  So far. . . not so much.  The call of the past is too strong when there is so little stimulus in the future.  One dullish day gives way to the next.  There are solitary walks and bike rides and the afternoon trips to my mother's.  On Fridays, I get take out.  There are hellos or two minute conversations at a distance with neighbors.  But the darkness is coming as is the second wave of sickness, and of course there is the election, a contest between people that nobody wants. It is difficult to believe that life will ever return to what we once considered normal.

I don't think I will re-read what I have written.  I would just erase it and have to start anew, but I haven't anything to put down in its place.  It will have to be what it is today as I melt into the blue gray day.

I just got up to feed the cats, and while I was outside, the question occurred to me--would I ever be naive enough again to enjoy a Tom Robbins novel?