Horrors Past and President 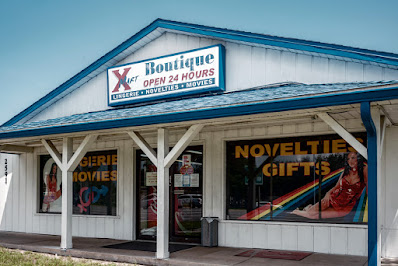 Frank Bruni wrote a good op-ed today that reflects my feelings correctly (link).  As does this from a different op-ed:

And then, just when you thought the country would rise up in moral revulsion … nothing happened. Trump’s behavior got worse and worse and worse … and nothing happened. He was defying moral gravity. A lot of Americans either had reality TV moral standards or their expectations of politicians were so low they didn’t care.
I will be voting with a crowd who doesn't really care for my white male cis-gendered ass.  Such is the world today.  There is enough viciousness on either side to go around.
My attentions, however, have been contracted to my own little world.  The fixit man begins work today.  There are big problems caused by a leaking roof to repair.  And way leads to way.  As we walked around, the project grew larger and larger.  Of course.  Old men and old houses.  I asked about remodeling the bathroom while we were taking out the walls.  Another $10,000.  Oh. . . I guess I'll stay with the 1970's tub and sink for now.  The deck I put on four years ago has already rotted out.  Yesterday, the mystery was solved.  When I replaced the mulch driveway with granite, the water began to run rather than sink into the more permeable ground, and it settles under the deck.  Now I have a big problem.
I am feeling sick with it all.
LIke many in the Time of Covid, there doesn't seem to be a happy way to turn.  Everywhere I look, I see doom and destruction and despair.  I just want to load up on Soma.
Last night, I got a text from my ex-secretary.  She was out on a "great date."  She wanted to know how I was doing.
She had asked me earlier what was my prediction on the election.  I wrote back, "Supreme Court."
She counts on my guidance.  Ha!
My fixit guy is in the final stages of divorcing a woman who lives in his daughter's house with him.  He says he has been going out with women he meets on internet dating sites.  He says that they don't really work out.  Huh.  Hard to imagine.
It makes me wonder if I am the only one who is socially distancing.  Am I the only one afraid to kiss a stranger?  Am I the only one who doesn't party with friends or travel from state to state?  Am I the only one who sits in his crumbling home alone?
Many thousands of dollars from now, at least the house won't be crumbling.  It will be patched and repaired and freshly painted.  I will be able to wait in anticipation of the next disaster.
I may have said this already.  I don't know.  My mind is foggy.  But I'll say it or say it again, whichever.  There was a benefit to finding those old letters from my young girlfriend. I began thinking about something other than my recent past.  I have dredged up old memories and nightmares galore.  I am no longer haunted simply by my most recent failures.
I hope one day soon to begin remembering some of the good parts of my life again.  But I will have to keep it a secret when I do.  I mean, you know, the "bad old days of privilege" and all.  We live in the Age of Correction and Re-education" now.  Long Live Mao.
O.K.  The repairman will be here in a moment.  I should probably put some pants on and get ready.  He is a Trumper.
Posted by cafe selavy at 7:52 AM