Warning: Either Skip This or Read Quickly 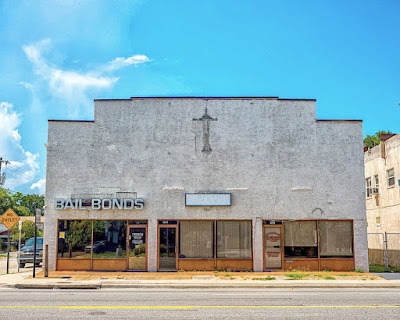 Narcotic overdoses have gone up.  Do you know why?  More people are using them.  Do you know why?  Well, there's the rub, isn't it?  When does one make the decision to take up a top shelf drug?  Those of you who like to smoke a little weed or drink a bit too much might be able to shed some light on the issue.  Why do you do it?  You know it is harmful.  You may focus on the "positive" side of the drug as in "studies show" that two glasses of wine a day can have benefits or that smoking marijuana can decrease interocular pressure, etc.  But that's cherry picking, and you know it.  So why?  Why are some so hellbent to alter life's experience?

O.K.  I had two scotches last night.  Jesus, they were good. There is something magical about it.  I broke a string of drinkless days--and I don't care.  I am not "on the wagon."  I am simply trying to look something like I once did when I wore regular pants instead of pajamas.  It is working ever so slowly.  My face isn't as puffy in the mornings and the under eye baggage is diminished.  We all know the deal.

Still there are times when you just need to take the edge off, as they say, to round out those sharp corners, to make the world a little softer.

So. . . we slouch toward the answer to why people do narcotics.  But hold on!  The original question was why have overdoses and deaths increased, and the partial answer is that more people are using them.  But that isn't the full nor the real answer.  The real answer is. . . BECAUSE THEY DON'T KNOW WHAT THEY ARE BUYING.

Not so many people decide to overdose.  It is an accident.  Sure, some, and that's o.k. with me.  I try to keep a stock of gentle killers for the time I decide to check out.  I'm not the shoot myself in the brainpan or hang myself by the neck or the jump off a high building kind of guy.  I'll go the Marilyn Monroe way, thank you.  But most people who overdose do so because of the uncertain purity of street drugs.  Every time the drug passes hands in a commercial deal, it gets stepped on.  You can never know for sure the purity of the powder in that dime bag.

I had a girlfriend for a long time who used to say if people were stupid enough to overdose, we should let them.  They are doing no one any good, anyway.

"Really?" I'd say.  "Lenny Bruce?  Are you talking about Lenny Bruce?"

I was only kidding, though.  Poor Lenny.  But if people are willfully stupid enough to take too many drugs. . . .

The biggest problem, as I see it, is the crime that surrounds those addicted to illegal drugs.  The habit is expensive and the money has to come from somewhere.  Drugs aren't the problem.  Crime is.  I hate thieves. There are two things you can never protect yourself from--thieves and liars.  I.E. Donald Trump.

I don't know why I wrote any of that.  But I have a fixit man coming in a few minutes and don't have time to delete it and write something else, so this will stand.  Sorry.  Sometimes it just happens.