In A Time of Quiet and Longing 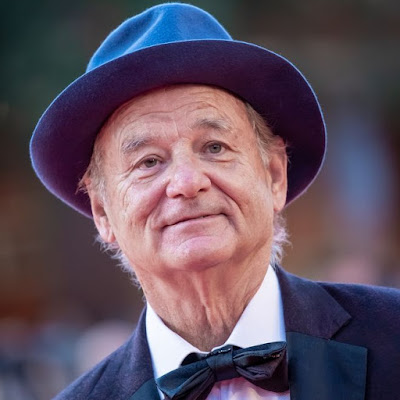 Weeding has lost some of its luster.  I know, you would think that some endeavors would just keep adding value to life, and maybe it is just me, but somehow, I don't look forward to it as I originally did.  I have weeded half the yard.  I think.  It is hard to tell as it is not contiguous.  The next couple of days could be real torture.

But I have kept the routine I began a week ago.  No booze, sleepless nights, early rising, coffee which somehow I seem to fuck up every morning now (this morning I set the grind for 4 cups for the 8 cups of water), a workout, some weeding, some planting, as shower, a late lunch, perhaps a trip to the coffee shop for some writing, mother's, dinner alone, answering emails, some reading or guitar playing, then a little t.v.  For whatever reason, now that I cannot sleep at night, I do not need naps.  I think it was the wine with lunch that was putting me to bed.  I loved those wine-inspired naps.

One side of the property is looking much better now, the side with the deck where I sit in good weather to eat and drink and smoke and wave to the neighbors walking by.  I cut some stray branches from the Crape Myrtle that I had just ignored too long in my Separation/Covid funk, and that opened up the whole vista again.  I have potted two mother in law plants in pots that held the long dead corpses of the previous residents, and I have more pots and plants waiting today.  It makes me feel good.  I've even been doing some yard work for my mother.  I'm a Jim Dandy good son, I say.

Do any of you use CBD oil?  People make so many claims about it.  Ili had some and I replenished it once.  I take it sometimes before bed in the hopes that it will do any of the things it promises, especially help me sleep.  I haven't had any since I quit drinking and I thought that maybe many of my aches and pains and restlessness at night might be the result of not taking it, so I went looking for some in town.  The drugstore, curiously, didn't carry it.  They have all sorts of quack shit, from herbal male "enhancers" to fifty types of melatonin.  Indeed, half a row of supplements and over the counter drugs were sleep aids.  There is something wrong in American when so many people have so much trouble sleeping.  But I didn't want melatonin which will only help you for a night or two (experience), nor did I want any of the Somminex-style sleep enhancers.  So I asked Siri to find a CBD store near me.  She sent me to the Kratom shop near my house.  Ili took me there once years ago and bought me Kratom tea.  After drinking it, I was surprised to learn I could levitate.  It is some crazy shit.  They had several brands of sublingual CBD oil.  I bought the one on sale.  It is very expensive.  And, of course, the shop only accepted cash.

I took it before bed, but I still didn't sleep.  But that is another story.

After dinner, and after emails and texts, and after a phone call from my African buddy from the factory that lasted an hour, I sat down to watch "On the Rocks."  I had to sign up for Apple TV with a promised one week free trial that I can cancel until Halloween.  We'll see how that works.

Now what I wanted to do was pour a scotch and sit on the big leather couch with the lights dimmed and start the movie.  Rather, I poured a big glass of Kombucha and hit play.

I have been anticipating this movie greatly.  Every Murray/Coppola fan has.  And the movie started with great promise.  Coppola was channeling her inner Woody Allen in this one, filming in the iconic locations of New York.  It was often visually stunning.  The exposition was slow and sometimes seemed a bit incongruous, and I had to wait for what seemed too long for Murray to appear on screen.  And when Murray is in the scene, the movie really shines.  Coppola knows how to do Bill Murray.  She did it in "Lost in Translation," and she did it in "A Very Murray Christmas."  In this movie, she does it again.  Murray's character is pure id in this film, unadulterated pleasure principle and desire attracted to beauty and extravagance.  I was asked yesterday why women are attracted to such men when they should know better, and I can only think of one answer--because they know what they want.  Most people, as my dead ex-friend Brando used to say, don't.  They can't make up their minds, and when they don't have to, when someone else is unequivocal, it is easy and fun.

When Murray is not onscreen, however, the film is a sleeper.  It is Woody Allen without the wit.  At the movie's end, I could not remember a single line of dialog between Rashida Jones and Marlon Wayans.  It was just bland, page filling blather.  Jenny Slate is the only other interesting character in the film, her self-involved monologues an echo chamber of all the pop psyche, self help, life coach/counselor pseudo-empathic prattle one might hear on a daytime talk show.  I mean, truly, it was delicious.  I wish the character had played a more essential part in the film.  I'm still trying to figure out her function as she adds nothing to the plot.  Still, I'm glad she was there as she was one of the most enjoyable parts of the movie.

I had read many glowing reviews of the film before I watched it, and I, like those reviewers, was pulling for the it.  I was giving it every chance.  I wanted it to be great, wanted another Coppola/Murray classic.  About three quarters of the way through, however, the movie just began to fade away.  There is a plot turn that takes the movie to Mexico, but there is no payoff there.  And from that point on, the film is just another Goldie Hawn/Meg Ryan 80's/90s romantic comedy.  Or worse.  The mawkish denouement might have been written by a high school playwright.  And if you haven't watched it yet, I am going to give away the ending that if you hadn't figured out at the first mention of the "little red box," you haven't much experience as a reader.

I may watch the movie again, at least the first there quarters of it, just so I can look at upscale Manhattan.  God knows when or if the world will ever be like that once more.  I want to go have drinks in oak lined bars.  I want to listen to the piano at Bemelmans'.  I want to walk streets full of interesting people and duck into fabulous bookstores and art galleries.

Rather, I am going to keep my distance from people and spend some more time pulling those pesky weeds from my lawn.  Such is life in the Time of Covid.  All I now is quiet and longing.