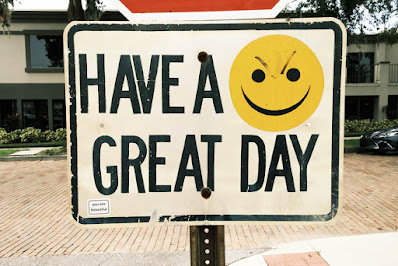 Yesterday was the best day I have had in a very long time.  I owe it all--at least I think I do--to "disconnecting."  I've decided to check my phone and/or computer twice a day for messages and not to go near the computer if not for a specific task.  It was liberating.  It was great.  Since Covid, my computer has been (or so I believed) my only connection to the outside world, and I've come to spend more time on it than I would have ever believed.  I was responding to texts as they came in as if world markets depended upon my answer.  I was finding significance in the small things I would cut and past from the internet.  I would eat lunch while surfing photo sites.  It had become a great source of distraction and increasing irritation.

Done.  The cable is cut.  I was happier yesterday than I have been in months and a hyperbolic amount more productive.  I won't go into the boring details of the day, though I know good writing lies in the details, but after working for myself, I went over and did some manual labor for my mother.  As when I repaired her dryer, I felt my manhood increase.

That may not be a great statement when referencing your mother.

I plan to stay "unplugged."  So if you message me, know that I will answer you sometime before bed.  My world is slower but better.  The virtual company I keep is good, but it is less fulfilling than a real life.

I watched the debate last night.  It was better last time when they talked over one another.  Last night's debate had the stench of death.  It was like watching a group of eighty year olds play dodgeball.  As odd as it is, you can't stick around for the entire game.  I couldn't.  After a bit, I turned it off.  It was just another wasting of my life.  Every answer was pre-recorded.  All punch lines were scripted and delivered with the freshness of a Little Debbie cake.  You knew the answers before you heard the questions.  Watching was neither informative nor entertaining.

I am focussed on other things now.  I am tending the garden, so to speak, figuratively and literally.  The grass has ceased to grow.  This has not been determined by the temperature, which is well above normal, but by the angle and duration of sunlight.  Plants have brains, of a sort.  It is nothing short of fascinating.  But while the grass stopped growing, the weeds have not, meaning their tiny little plant brains haven't figured out that it is easier for me to spot and pull them which I did for part of the day.  I only got a small section of the lawn done, but that was a feel good accomplishment.  I'll give myself a number of weeks to get around to the entire lawn.  No worries.  I don't want to burn out.  All of the potted plants that have died due to my inattention are being replaced.  I have let too much go so that my house has begun to look a bit like the Addams Family has settled in.  I've taken stock, however.  I have a plan.

I've decided to hire someone to do the house repairs that I had hallucinated I would do when I retired.  I don't want to do them which doesn't really matter because in truth, I can't.  I've decided not to go to carpentry school this late in life.  I am going to stick with what I can do, which is very little and of small if any value, but many of those useless things I do fairly well and they make me happy-ish which is much preferable to self-imposed misery.  I mean, anyone can pot a plant and watch it die, but not everyone can wax prosaic about the metaphoricity of the act over drinks in a way that gets the table laughing.

Who doesn't enjoy a good tale about someone else's failings?

It is Friday which for the past few weeks has been the day for evening takeout.  It was something to look forward to, but I think I will decide to eschew takeout tonight.  Rather, I'll just make something simple and fun.  I will make it movie night.  Both "On the Rocks" and the new Borat movie will be available.  That is a wealth of riches on a lone Friday night.  I would prefer to watch "On the Rocks," but by tomorrow everyone will be talking about the Borat movie, especially the Giuliani expose.  I'm not sure how I'll feel about that yet, not until I watch it, but I am a little dubious.  It is too easy.  Put me in an elevator with a pretty woman who flirts with me and god knows what might happen.  I'm not saying it is right or wrong. . . I'm just saying.

I'll probably save "On the Rocks" for later.  It is a good one to anticipate.

Q called me last night on his drive into the city.  I answered since I was in my time of responding to messages I had gotten throughout the day.  We talked about the Giuliani piece and I mentioned that I thought the Ron Paul segment of the original Borat was the best part.  Watching Paul run down the hallway in his arthritic gait screaming, "He's a queer, he's a queer," was priceless.  Q commented it was funny to him that so many old, ugly heterosexual men believe gay guys are attracted to them.  He said that straight men seem to have a problem understanding consent until it involves a gay man.  Funny that, and true.

Well, I'm running out of internet time for the day.  I'm going out into the analog world and try my hand at living.  I don't expect it to be as much fun as it was yesterday, but that is the nature of things, isn't it?  As Bad Santa so profoundly remarked, "They can't all be winners now, can they?"