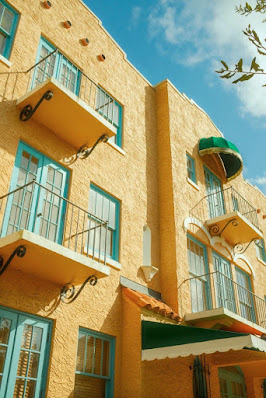 My new crush is now on the Supreme Court.  She will imprison the baby killers and make sure a lot of lazy fuckers who want to lie about and draw their welfare checks have no health insurance.  Makes sense to me.  Who is having the most babies?  That's right.  Those welfare fucks.  But wait. . . who will pay their medical bills?  Oh, yea.  People who pay for health insurance.  You see, doctors and hospitals are going to get their money one way or another.  They don't give away health care.  They don't even discount it.  They make it up on paying customers.  So you middle class working stiffs. . . take that!

I try to explain this to my mother, but it just doesn't sink in.

You'd better get me a date with Amy.  I swear I can bring out the beast in her.  The country will be better off for it.

What seems a year ago, I sent some images to a company in Vienna, One Instant, who was developing a new peel apart color instant film, and told them that I had developed a special process with the old Polacolor film that resulted in the images they saw, and that I was curious to see if I could do the same thing with their film.  They responded quickly and said they would send me some of their prototype.  Then came Covid and they wrote to tell me that they were unable to ship to the U.S.  It has been so long, I just figured they had forgotten about me, but yesterday a package arrived.  It was the One Instant film.

I was ecstatic.  It felt in some small way like corporate sponsorship, a validation of sorts.  I took a phone pic and sent it to crow to my friends. 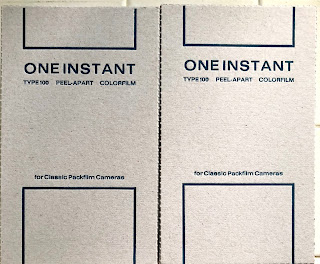 But when the adrenaline wore off, I started to think.  This is 4x5 film.  I was shooting a smaller pack film in the studio synched to powerful strobes.  I've shot 4x5 instant film, but never indoors.  A lot has changed in the five or six years since I took those photos.  I no longer have a studio.  And as it turns out, I don't have the correct film holder for shooting this film.  And the Black Cat Liberator does not synch up well, if at all, to studio strobes.  Oh. . . and I no longer have anyone to use as a model.

I have a lot of thinking to do.

Last night, after dinner (and oh, what a dinner it was), my mother called to tell me what was happening at her house.  Long story short, she decided to go out at dusk and turn off her sprinklers.  When she opened the box, she saw something inside.  She said she thought it was a wasps nest and poked it with a stick. It turned out to be a frog, and when she stuck it, it tried to get away and suddenly the box started to smoke and sizzle.  When she went inside, her air conditioning didn't work.

"Jesus, that's crazy.  Why would you poke the frog?"

"I thought it was a hornet's nest."

I told her I'd come take a look, but she said no, she was going to call the ac company.  She said she had checked the circuit breakers and they were fine.  She said it could wait until morning.  After I cleaned up the kitchen, I called her back to tell her I was coming over, but she said the ac guy was already on his way.  I said o.k. Call me when he's done.  She called in ten minutes.  It was the breaker.  Sure it was.  She said the guy didn't charge her anything.  I have gotten her to use the same company I have and to get the warrantee.  It was covered, even on a night call.  Finally something works right.

Still, I have a mother who would poke a hornet's nest.  That might tell you something.  You know, another little piece of the puzzle.

I will go about trying to find solutions to my flash/camera problem today.  That means mucking about in the garage sorting through all the things I stored from the studio over five years ago.  I used to have a connector I need, but I haven't a clue where it might be.  If I find it, I can run some tests with the strobe and camera.  I will have to unpack the strobes and stands and flash rings and reflectors.  It is daunting.  I don't even remember the camera settings I was using back then.

While I am at it, I will start planning for The Future of My Photography.  There are only two types of photography that interest me, that rooted in aesthetics and that rooted in documenting, polar opposites in most ways.  I DO have an idea about combining the two, but it is very complicated.  I would need an assistant, and since I am the lazy sort. . . who knows?

Right now, I feel the pressure to perform a little magic to show the people at One Instant, and I'm suffering from a little performance anxiety.  A lot, really.

But maybe it will be a break from the constant hum of my existence.  A little modulation might be nice.