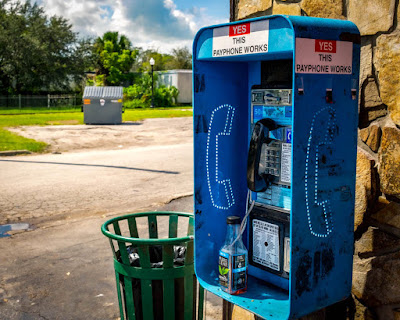 I have a title.  I'll have to figure out how to make it work in the piece as I go along.

Last night was more of the same.  The approaching moon, I guess.  In the past, I would sing today about the Harvest Moon, either with Neil Young or one of the old crooners from time gone by.  But there is little to sing about these days, though I have to tell a story about that as it has become the topic of conversation.

Early evening, the weather was beautiful, the sky a freak show of light blues and flamingo pinks, and I sat out with the cats smoking a cheroot and having a glass of whiskey in the old way.  I have not been able to do this much this summer not because of heat but due to mosquitoes.  I have battled them with natural, non-toxic chemicals, but those work about as well as you'd imagine, and since I live on the backside of a creek and Zika haunts us, I have taken my dinners inside. But last night--and I hope this is going to last--not a mosquito one came 'round.  So I sat out and realized how shoddy my place has become over the brutal summer and how much work I will have to do to get looking snazzy again, both work and money and maybe more money as I do not really want to work, and I was thinking what to plant in the small butterfly garden and when to get a load of mulch delivered and where to buy some really good bird seed and suet and how to keep Oscar the Neighbor's Cat from chasing all the birds away as he is a real terrifying hunter, and just as I thought that, he lit out for the dove in the birdbath.  My yard used to be a squirrel haven.  You don't see squirrels here any more.  I like the cat fine, but I would like to see some wilder animals here, too.  Did I mention he has killed all the baby snakes?  Maybe I'll start feeding him tons of high calorie food so that he gets so big he can't move and really doesn't want to.  That might work.  It has with me.

But I wander.  Last night as I sat out, the neighborhood was on parade, and I was there to greet them.  It was like old times except for the thing that is not there and isn't coming back.  And I was thinking of that sadly, maybe morbidly, as I've been reading The Evening Party (link) with interest, when I noticed a woman walking by with her dog and teenaged daughter who was dressed a little oddly, perhaps like a sexy roller derby queen, and who had captured my attention when the mom called out, "Where's your ukulele?"

You see, Q, for no reason I can account for, bought me a ukulele some time ago, back when Ili was still around.  It just showed up one day unannounced.  It came with a little chord book which is almost useless to me, but because I am clever in my own way, I figured out some chords pretty quickly and delighted Ili with "Tiptoe Through the Tulips," the Tiny Tim version.  Since she left, however, I have barely played a chord or note on any instrument in the house.  I have not, as they maybe once used to say, had music in my soul.

But with the returning of the better weather and a determination to get on with things as best I can, I had taken the uke outside the other night and was strumming and humming "I Wanna Go Back to My Little Grass Shack," drinking and giggling to myself.  I don't remember anyone walking by, but apparently this neighbor must have been.

"I might if you get that little trollop of yours to come up and do the hula for me."

No, I didn't say that, of course.  Rather, I said, "Now that the weather is getting nice again, I may.  I hope to improve some before I do a concert, though."

I was playing this version,

Now where was I going with all of this.  Jesus. I don't even remember.  Perhaps I was going to tell you about my night of sleeplessness again, about the waking dreams, the sudden loneliness and desperation there in the darkness, and maybe blame it on the coming moon.  But that is getting to be a tired and grating tale, so surely that was not it.

Beats me.  After sitting with the cats and calling my mother, I came in and read Rachel Kushner's "Mars Room" (which I HIGHLY recommend) until bedtime.

Maybe I thought to tell you about lunch with my ex-secretary?  No, I don't think that would be it.

I haven't a clue now, so I'll end with this.

It has gotten charming reviews.  At least there is this to look forward to.  There is no way not to end that sentence in a preposition.

There will be two full moons this month, one tomorrow, the first, and another on Halloween.  This is bound to be a strange month.  I'll have to ask Q the Astrologer about this one.

If I can find a working pay phone.