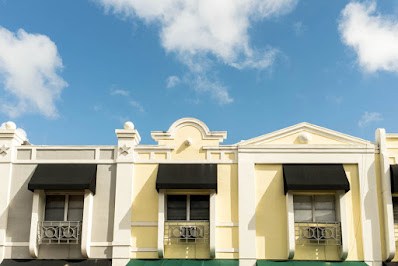 It is Election Eve, and the Litigator in Chief is prepared to sue.  What else can he do?  It is what has kept him afloat his entire adult life--that and his daddy's money.  Well, that is what I've read, anyway.  I don't want to set myself up as someone "in the know."  If I really had anything to add to the argument, I'd write a tell-all book.  But I am just like everybody else I know, relying on The NY Times and WaPo for insight.  Not everybody I know.  My mother is relying on Fox and Facebook.  But stores are beginning to board up their windows in preparation for the violence they expect on Wednesday.  The U.S. has become a Banana Republic manipulated by foreign intelligence.  The Junta does not plan on relinquishing power.

I think I will stay local.  My town is a beautiful prison.  This morning I woke to the first cool sunrise.  Sixty degrees.  The sky will be blue and bright all the live long day.  But I will not be out enjoying it, not out making pictures.  No.  I will be working on the house in some way.  Yesterday I unpacked and repacked my old studio.  It is well-organized now.  For the moment, I know where everything is.  I can get things if and when I need them.  Today, maybe, I will tackle the other half of the garage.  I can only do so much, though, for the tenant in the apartment has a mess stored in there.  I may gently nudge her to clean.

As it is now, though, I can do some of my art projects there.  I can do encaustic work if I want.  I have all my photo chemicals and developing equipment at hand to try out some new processes.  I even have my wet plate equipment where I can reach it.  If I buy a press, I may try some photogravure on my own.  If I am to set up for that, I will be able to do platinum/palladium printing as well.  Almost.  I would need a u.v. exposure unit.  And I would have to get a printer set up for just those black and white inks.  And some computer software.  But it IS all doable.

Oh. . . I'd like to start doing some silkscreening, too.

But first, I need to make some photos.  Last night I put in a bid on a used Leica Q.  It is lowball and the auction doesn't end for another couple days, and I am sure not to win, but it felt good placing the bid.  I have wanted a Leica Q for a long time, but Q himself talked me out of buying one.  It is O.K.  Now that there is a Q2, the Q is half the price.  Oh. . . I want the Q2, but I have to watch my kopeks.  It is just that the price of the camera seems small when considering how much I am going to spend on the house project.  Fuck it.  The end of the world is nigh anyway.

My hairdresser won a body competition.  I am old school, so I don't understand the nuances of competitions, bikini, fitness, bodybuilding, and whatever else there is, but she sent me a picture of her onstage with her medals, and she is ripped.  She won on Halloween.  She now qualifies for national competitions.  Why she wants to is beyond me, but it seems to make her happy.  I think she needs the discipline and control.

Which I have to some extent.  My diet is better and I am not drinking.  But for some reason, it doesn't show.  I'm still just a fat old fuck who looks like he belongs on the label of a Moretti beer bottle.  I guess I need to cut back to 800 cal/day.

Need?  There are many things I need, but starving isn't part of it.

That is the Bore's Report.  I have no stories.  I've not gone anywhere for days.  I've not turned on the television but for a couple YouTube things I felt the need to watch.  At the day's end, I sit in silence on the couch and let my mind wander around the broken tatters of my life.  I found a BIG bag of letters in the garage that I will begin going through soon.  What does one do with a lifetime of love letters?  Ili taught me that they were not things one should have around.  Oh, no. . . the past is not a thing to bring into the present if you want to be happy.  Delete the past.  Cancel it.  It can be no value to you at all.

But I will read them.  I think I know who they are from, but there may be some surprises in there, just as there often are when I open a book and a note from someone in the past falls out.  If not for those reminders, it would all be gone.  I opened a drawer two days ago and found a letter from a girl I used to know.  The letter was an update on her life in the years that had passed since I'd seen her.  We were not romantically involved, or at least I wasn't.  Still, after all the years, she remembered my birthday.  My face flushed as I read it. Had I not stumbled upon that letter, I would not have recalled that once I was. . . what?  I shan't put it into words.

I also found a note from Ili.  It was painfully sweet.  There are few notes from her.  We no longer live in the Time of Script.  I guess people will just have to save their text messages if they want remnants of their written past in the future.

But as people used to say, "Whatever."  It will all go into the garbage bin when I've passed along with all the photographs.  James Salter always said whoever writes it keeps it.  I know, however, that just writing it doesn't make it last.  Salter, that prick.  His stuff will.