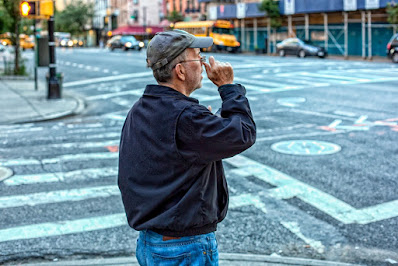 $20 in the travel fund, and I haven't even had tremens.  I drink herbal teas at night now instead of scotch and I am hydrated again.  Now I wait to be svelte and to have the skin of a baby.  Could be a long wait.

But I got good at that yesterday.  Waiting, I mean.  I spent the morning trying to get on one site to sign up for the Covid vaccine.  It was an hour ill-spent.  But last night, my mother called to tell me that my county was allowing people to make appointments.  I went online and registered, then chose a date and time.  NG.  But the site then gave me other date options.  I chose the earliest one but when I hit the "Go" button, I got a message that said the connection failed, but I could try again.  "NOTE:  IT MAY TAKE SEVERAL ATTEMPTS."  I took that to mean a billion people were trying to sign up and that I wouldn't get through as was my experience that morning.  After a few frustrating minutes, I tried hitting the "Previous" button.  That was a mistake.  I was taken back to the beginning and had to fill out all my medical data once again.  When I got back to the page I'd mistakenly left, I just kept hitting the "Go" button over and over again.  It took fifteen minutes, but then. . . a miracle!  I had an appointment to get the vaccine on January 27.  Holy smokes!  I called my mother.  I sent her the site, but she was daunted and didn't want to try, so I said I would try for her.  She stayed on the phone with me while I hit the "Go" button over and over and over again.  I thought something was wrong.  Maybe this wasn't going to work this time.  Perhaps they wouldn't let me make two appointments from one computer.  But I kept at it. . . and over an hour later--VICTORY!  My mother has the same day appointments as I for both the first and second shot.

And so, dear friends, my life may take a bit of a turn soon enough.  My mother and I will be able to congregate without fear.  I will be able to stay in hotel rooms without worry.  Hell, man, I'm practically on my way to Abilene.

"I was there twenty years ago.  It was a real shithole.  Apparently Sam Shepard liked it, though."

Yea, that's what Jessica Lange said about him."

"You may have heard stories, but given today's climate, I might have to deny all claims."

Still, I imagine a string of Motel 6s in my near future life.  By spring, I'll be headed out across the shithole heartland of America searching for pictures and stories and the true meaning of life.

I guess I'll need a portable aqualung.  I haven't hooked my home unit up yet.  I don't know that I will.  But I've been reading about sleep apnea, and it appears to have very, very serious health effects. The websites almost have me scared enough to try the damn aqualung.  Maybe tonight.  But it is a primitive attempt to help people, at best.  There is a pump and a water tank and instructions on how to clean it. . . .  There are surely things about the whole set up that will make one sick.  There should be a better solution than this in the 21st century.  The machine really looks like something from the 1950s.

Per my resolution, I was quite active yesterday.  I got shit done, as the kids say.  Here on Day 3 of my New Year's head start, I must keep the monkey dancing. 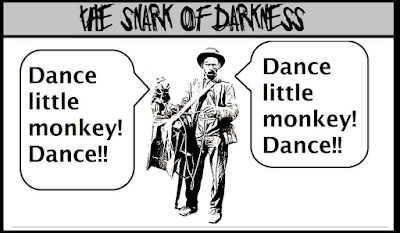 C.C. sent me this while I was writing just now.  But yea, that's me.  Dance little monkey, dance!

The next month, I must be very careful to stay away from people.  It would be horrible to get Covid just before getting the vaccine.  And so, I'll isolate. . . but with purpose and vision.  Fuck yea.  Motel 6 awaits!