A Need for Rest 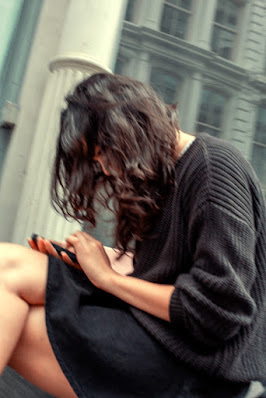 Mr. Fixit has finished for the week.  The tiling in the bathroom is finished.  Now we wait for the new vanity and the shower doors to arrive.  Mr. Fixit needs some time off, and so do I.  So, I could have slept in this morning.  My life is my own for the next three days.

I slept poorly all night long and finally got up just before five.  I may go back to bed after writing this, though, which is something I could not do if he were here.  So. . . there is that, anyway.

As I write here this morning, I realize that I may not be coherent enough in thought to put together a post.  My body tingles with fatigue.  My brain is fog.  I am consumed by anxieties and fears that would do me no good to confess.

And such are movies.  Films, if you prefer.  I have decided that the best parts of most films are the exposition.  Nearly all filmmakers can start a movie well.  After introducing the conflict, however, after the movie takes its dramatic turn. . . .  I've decided that I will only watch movies up to that point.  Sometimes you can get a good half hour or more before the dramatic arc takes you into terrible territory.  I've learned all I ever will from conflict.  I'm schooled in it.  Neophytes must learn from it, and it is best if they can learn much from dramatic narratives and cautionary tales.  They don't, of course.  They go out to see if it is true.  But perhaps they will remember the lesson that drama tried to teach them after they are burned.

Me?  Oh, I'm done with that.  As I say, I'm just going to watch the pretty part of the movie now.  That has always been the best part, anyway.

I will post this now, but I may come back and add to it or change it after I get up again.  Now, I must return to my bed and try to get more rest.  I feel I haven't rested for months.