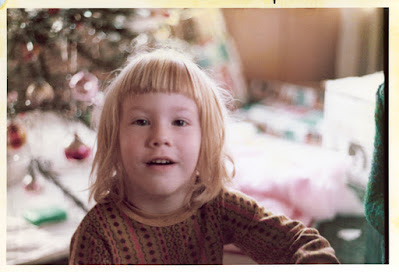 The Boulevard was barricaded yesterday for the Winter Festival.  That is what they call lighting the Christmas tree and singing Christmas songs.  We like to have our Winter Festival in the Autumn here.  We just can't wait.  Well, they have to call it something, I guess, and Winter is innocuous and essentially inclusive, so we must cheer the hearts of our city fathers and mothers.

Just now, as I sit and write, they are beginning the parade.  They probably call it the Winter Parade now, but the last float is Santa Claus.  I guess they sing, "It's beginning to look a lot like oatmeal" now, too.  I'm trying to think up a special name for Hanukkah.   Oh, wait. . . it is already called The Festival of Lights.

I was tempted to go this morning--with my camera.  I've done it so many times before.  But then I remembered that NYC had pretty much cancelled the Macy's parade, and I assume that is out of what people love to say now, "an abundance of caution."  A phrase like that gets caught in people's brains and they can't quit repeating it.  I think one of the Disney former child stars should make an album with that title.  I started to say Selena Gomez, but I don't think we are allowed to talk about her any more.  So let me be clear.  I stayed home out of. . . prudence.  I'm a prude--this year, anyway.  I keep hearing Dr. Fauci telling me to stay home, to avoid crowds.  Well, you know, I can do my part.  It is easy, you see, for I am lazy.  It is easier to sit at home than to get together a kit and to make my way to the parade.  Besides, it isn't what it used to be when the luxuriously glamorous Betsy Martin would show up with a paper cup of coffee in last night's party dress.  Yes, things were fun back then.  We lived the lives of modern romantics throwing caution to the wind.  The streets were not as crowded then, either.  The hoi-polloi had yet to find their way to the Boulevard.  Now, the place looks like Disney on a Saturday.  There is no trace of anyone like Betsy or her minions to be found.

Should I tell you how they all turned out?  Oh, you can surely guess.  The world's a fine and rotten place.  Fortunes change. 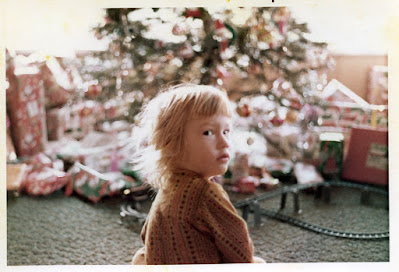 This is one of my cousins.  He's dead now.  Died of AIDS.  He was a cute little shit, but he was twisted even as a child.  It was chemical, I'm sure.  He'd be sweet and want you to hold him, and then he'd flip and punch you in the nose as hard as he could.  He ran on fructose as a kid, all hyperactivity and trouble.  He spawned many children before he started turning tricks.  What can I say.  It's the hillbilly way.

I had just gotten interested in photography then.  I think it was the movie "Blow Up" that did it.  I got a Mamiya camera and a Kodak book on how to take better pictures. 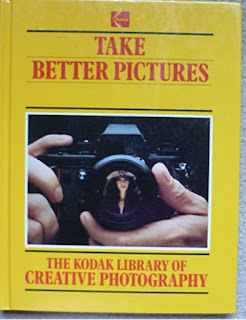 I was fascinated by the way a camera translated what I saw.  Photographs transformed the world around me.  It didn't seem nearly as paltry.  I became a first class shutterbug.  My camera went with me everywhere.

At least that is how it seems.  So here is my nutty little cousin at the Winter Tree getting ready to open his Winter presents.  Just scanned.  I thought it apropos.

Last night, I started watching "Mank."  I fell asleep early on.  I don't think it was the movie's fault.  I was supposed to hook myself up to instruments last night before bed, but I had grilled a hanger steak and Brussels sprouts and a red potato and had a nice bottle of wine and then a couple night caps, so it didn't seem like the right time to get tested and measured.  I will try to restrain myself a bit tonight so that I can watch a movie and instrument up.  I am supposed to do that for two nights.  Two sleepless nights, I presume.

There are only twenty days until Christmas, kids.  It will fly by quickly.  You'd better get your orders in to Santa Amazon now or you will be sorry.