All the Gangs of Glanton 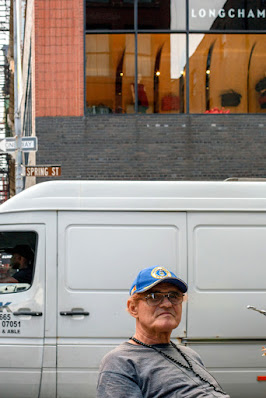 I've been watching Amy Hungerford, a lit professor at Yale, give lectures on contemporary literature in the Open Yale Courses series.  Most recently, I watched the lecture on Cormac McCarthy's "Blood Meridian." If you haven't read it, you should.  If you have read it, it is time to read it again.  The novel is based on the "confessions" of one of the members of the Glanton Gang, a band of mercenaries under the pay of the Mexican Government ridding what was not quite then Texas of Apache marauders in what is known as the Indian Uprising.  They were a murderous bunch of lawlessly amoral characters who went to any extreme to feed their unholy appetites.

The point of McCarthy's novel, according to Hungerford, is that there is no controlling moral pole in the universe.  Nature is essentially amoral.

Skip ahead.  Herr Trump has emboldened a similar bunch in America's heartland, lawless bands lacking moral depth.  McCarthy's dominant symbol (Hungerford suggests) is the novel's illiterate narrator, The Kid, who wields a bible he cannot read.  He is ultimately defeated by The Judge, as ruthless a villain as has ever been written.

I can't think of a better metaphor for the times.  Trump, a great orange monster without moral compassion or certainty, the Proud Boys his arm of illiterate injustice, marauders in a land of illiterates clutching their holy books and constitutions, corrupt governors and legislators ponying up to lend an officious air to their rebellion.

I must admit, I find even those who report a moral center lacking in moral depth.  Ask a Christian to recite the Ten Commandments, probably one of the silliest tests of faith you could come up with.  You will probably get "hear no evil, see none, speak none" or some equally flabby version.  I used to ask students to write down their moral code.  It could be anything, just whatever they thought to be the dominant moral forces by which they structured their lives.  There needn't be ten, and they needn't all be "not" oriented.

They found the exercise difficult.

After they had struggled with that, I asked them to keep those "commandments" in mind for the next week at the end of which I asked them if they had violated their own moral code at any time.  They usually had. I then pointed out that this was their own code, one they had constructed, and they found it difficult to live by, yet, until a few weeks past, they had been judging others by a code they could not articulate which probably did not align itself with the vague codes of the people they judged.

I've had the same difficulties with colleagues who assume a moral "truth" in their arguments.  I just want to know where this "truth" or moral code comes from, where in the universe they can justify their assumption.  Where do they come up with their ideas of right and wrong?  How is their assumption superior to any other?

The cosmos just will not justify a moral center.  By assumed human standards, nature is immoral.  Any god who would design such a universe. . . .

And yet, we must assume.

Herr Trump and his Brownshirts are not wrong.  They are simply testing the process of natural selection.  We live in the same universe as they.  We are witnesses to a contest of conflicting moral assumptions fought on both sides by illiterates wielding scriptures.

These are ruthless times in Babylon.  We wait to see if Nimrod can prevail.