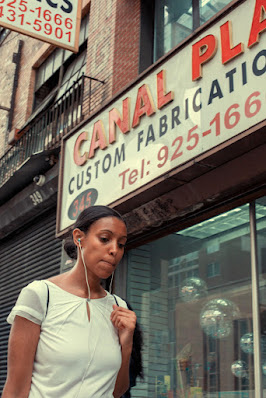 After a cloudy start, yesterday was picture perfect.  The air was clear and dry, the temperature a flawless seventy.  In the afternoon, I went to a friend's shop to look for a cabinet to replace the one Ili took with her.  The store sells furniture from Thailand and India, battered old colorful things, and I may have found a good if not perfect piece for the spot.  My friend always gives me a hefty discount, but he has several shops and is not working at this particular one.  I know where to find him, but I am not going to directly ask for a discount, especially in these hard times for retailers.  But the thing is a bit pricey and I don't know if I can justify it.  Still, going and finding it was fun.  I took measurements and told the fellow there I would be back.

Driving away, on the very street where I was almost killed, I saw a sign for another of my friend's camera repair shop.  What?  I didn't know he'd moved.  It was a beautiful old house with a courtyard separating it from another house in the rear.  I pulled in and went up in astonishment.  I was given a royal tour of the place though it is not completed yet.  I exclaimed that I was going to set up an 8x10 camera in their courtyard and take photos all day.  I would be like the old guy at the bank drinking the free coffee. They laughed.  I don't think they took me seriously.

I was excited when I left, and so I drove to the camera store to see if the kids knew about the new shop.  They looked at me like I was a nut.  Of course they did.

That is when I realized that I hadn't been away from the house for months.  Other people have human interactions.  I have my mother and Mr. Fixit.  Saturday was the first time I felt the human experience in a very, very long time.  I was like a kid in a candy store.  Sunshine.  Shopping.  Social interaction.  Fuck.

Am I the only one?

From there, I went to the art supply store.  It was full of shoppers.  Pretty ones.  You know. . . art types.  I could feel my body tremble.

I knew my life was in the shitter, but once I smelled fresh air. . . .

I stopped at the liquor store to get some sake, then I went to my mother's.  It was earlier than my usual visits, and we sat in the cool sunshine and talked about the same things we talk about every time.  The veil began to descend once again.  I could feel the big energy suck drawing the short span of joy out of me.  In an attempt to fend off the inevitable, I bid her adieu and went to the hipster plaza to order a big sushi dinner.  While I waited for it, I went into the little hipster shops around it.  The beauty of the day had yet to fade.  I was missing a few ingredients, but I wanted my life back again.

Back home, it was getting too chilly to eat outside, so I set up in front of the television and searched YouTube for Nabokov.  I watched two pretty good documentaries while I ate and drank.

Now I wish to introduce the following idea. Between the age limits of nine and fourteen there occur maidens who, to certain bewitched travelers, twice or many times older than they, reveal their true nature which is not human, but nymphic (that is, demoniac); and these chosen creatures I propose to designate as "nymphets".

It will be marked that I substitute time terms for spatial ones. In fact, I would have the reader see "nine" and "fourteen" as the boundaries--the mirrory beaches and rosy rocks--of an enchanted island haunted by those nymphets of mine and surrounded by a vast, misty sea. Between those age limits, are all girl-children nymphets? Of course not. Otherwise, we who are in the know, we lone voyagers, we nympholepts, would have long gone insane. Neither are good looks any criterion; and vulgarity, or at least what a given community terms so, does not necessarily impair certain mysterious characteristics, the fey grace, the elusive, shifty, soul-shattering, insidious charm that separates the nymphet from such coevals of hers as are incomparably more dependent on the spatial world of synchronous phenomena than on that intangible island of entranced time where Lolita plays with her likes. Within the same age limits the number of true nymphets is strikingly inferior to that of provisionally plain, or just nice, or "cute", or even "sweet" and "attractive," ordinary, plumpish, formless, cold-skinned, essentially human little girls, with tummies and pigtails, who may or may not turn into adults of great beauty (look at the ugly dumplings in black stockings and white hats that are metamorphosed into stunning stars of the screen). A normal man given a group photograph of school girls or Girl Scouts and asked to point out the comeliest one will not necessarily choose the nymphet among them. You have to be an artist and a madman, a creature of infinite melancholy, with a bubble of hot poison in your loins and a super-voluptuous flame permanently aglow in your subtle spine (oh, how you have to cringe and hide!), in order to discern at once, by ineffable signs--the slightly feline outline of a cheekbone, the slenderness of a downy limb, and other indices which despair and shame and tears of tenderness forbid me to tabulate--the little deadly demon among the wholesome children; *she* stands unrecognized by them and unconscious herself of her fantastic power.
Holy shit.  I shuttered the windows as this was read aloud by A.S. Byatt.  She was stunned, she said, by the truth and beauty of it.  No one would dare to say such a thing any longer.  The lockdown we suffer is not just viral.  On my travels yesterday, I drove by a very large and adamant group of Trumpers protesting the election.  One version of the Chinese Curse is, "May you live in interesting times."
As night fell, I fell, too, asleep once more while watching "Mank."  It is the movie, I think, not me.  I will have to finish it tonight.  I don't think it is far from being over.
I curbed my whiskey appetite last night and at evening's end suited up in my sleep analysis outfit.  I knew I would never be able to sleep in it, and I was right.  I tried.  I gave it my all.  At four a.m., I gave up and took the tubes and wires off.  I will need to do it again tonight, but they are not going to get a full night out of me.  I will not suffer as long this time.
Now, Sunday, I wish to have the same mania as I had yesterday.  Such a thing is impossible, of course, but I will give it a shot, for next week is all doom and gloom.  I am already suffering anxiety about it.  Before I know it, the holiday season will be gone and I will have lost an entire year.  But we will save that for later.  Now. . . I must away. . . as they used to say.
Posted by cafe selavy at 9:05 AM