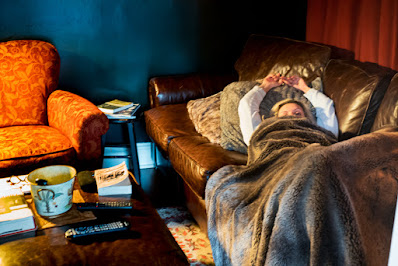 Last Christmas was a bad one.  The last time Ili and I were together was a year ago last night. We were having dinner with my mother and making Christmas plans.  Ili was going to see her family on the coast on Christmas Eve.  My mother, who had yet to meet her family, and I would go over Christmas Day.

Then some cosmic malevolent force interfered.  We never made that trip.  Ili moved her things out while I was gone a few days later.  We never saw one another again.   It was the end to an almost six year relationship.  It was over, just like that.

Nothing has happened since to change things.  Time has ceased to exist in any productive way.  Nights separated by the year conflate then separate.

Last night, I sent a text to Ili that she will never get.  I've not understood the childish logic of blocking me on her phone, but I imagine last night to be the reason why.  I had hoped that I would hear from her sometime this year, especially now.  But hope differs from belief, and I never have believed I would.  That is a strange relationship between belief and hope.  Even if you don't believe in divinity, you might still hope for intervention.

I no longer hold out hope, and so now I move on.  I feel free now to write about things I've not allowed myself to write this year nor in the years since I met Ili.  She was the reason I closed up the studio.  She was a governor and then the brake on my creative output.  There are things you must not think or do or say in a relationship, or so it seems.  You might want to romanticize love, but it is always a compromise in the end.  Tell yourself otherwise if you must, then show me how that has worked for you.

But I only speak of the passionate and not the practical variety.  Ardor changes love's calculus immeasurably.  Whatever might have been practical about our relationship was overwhelmed by fire.

And so. . . here we are on Covid Christmas Eve.  Only those who live alone can understand the cruelty of a year's isolation and the undeniable loneliness of the holiday stolen away.  I've not had the heart to watch a Christmas movie, no "Bad Santa," no "Elf," and certainly no "Love Actually."  Last year, I played a bunch of old holiday shows for Ili on YouTube.  We watched crazy things like Judy Garland's 1960s Christmas Special (link).  It was a hoot.  You might try it tonight if you are bored.  Others, too.  Anything from the early '60s, those last days of the postwar sensibilities and the nascent days of a new era, that time spanned by "Mad Men," "The Marvelous Mrs. Mazel," and "The Queen's Gambit."

I've decided that tonight, however, I will watch "A Very Murray Christmas" again.  That and a glass of whiskey should hit the awful, empty spot.

I searched hard to find the show's emotional climax, but the clip leaves off the important prologue to the song, so I have posted both here for you now.

For those of you who have been coming here for years (since September, 2007) (link) (wow!), you know that I usually post this (link).  It is one of my favorites and always makes me, well. . . weep.  But this year, I've truly missed hearing this song for some reason (link), and this (link).  These were songs that made Ili and I smile and laugh out loud every time we heard them.  Every time.  I don't think they would this year.

That is my sad confession today, but I will post something more tonight, morbid or cheery, but hopefully less mawkish and mundane.

"My God, man, pull yourself together!  It is Christmas Eve!  There are things to do and things that must be done.  Get up and move!"