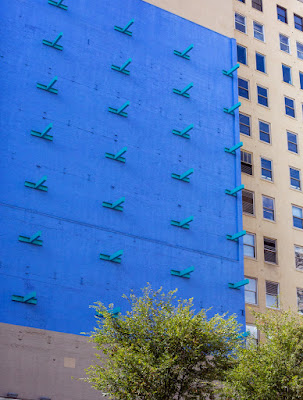 I have nothing to say.  I know, that doesn't usually stop me, but I just haven't.  Perhaps, I thought, I should try writing in the third person, limited omniscience.  The idea was attractive for a moment, then it felt too contrived to put into the blog.  I could do it.  I can.

He sat in his usual chair, less comfortable this morning than normal, his body buzzing with last night's abuses.  He stared straight ahead through the fifteen panes of the kitchen door, across the deck and beyond to the driveway, the small patch of lawn, and the street.  The pale light and the faint blue sky of morning, the chill of the abandoned night.

See what I mean.  It just doesn't sit well here.  Or anywhere, probably.  I'm better off opining about the androchrome addiction of Donald Trump and Ted Cruz, et. al., and the mass hypnosis that has taken hold of the meth heads who can't afford to procure the drugs of their exalted leaders.  You've all smoked meth, right?  You know.  While andochrome inspires you with visions you might wildly proclaim to be true, meth just incites you to dumb decisions and dumber actions.   You remember those nights. . . vaguely.  Your arrest record provides the most vivid details.  When you mix the religious zeal of a Cruz or a Hawley with andochrome, however, or with the clownish ambition of someone experiencing senior dementia like Rudy Giuliani, the results can attain something of theatrical merit, at least in inspiring the withered little brains of the cretin hoi-polloi.  When countries around the world ask themselves, "What has happened to America?" the answer should be obvious--the odious drug addictions of its addled population.  Never have so many taken so much.